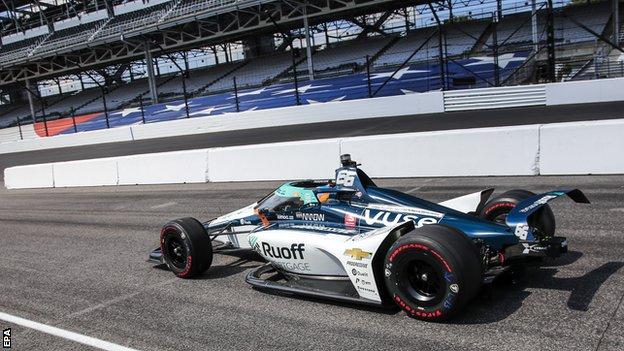 Double Formula 1 world champion Fernando Alonso will start the Indianapolis 500 in 26th place. Alonso said: “Did not have the speed but happy with the run. Alonso was a contender for victory on his Indy 500 debut in 2017, driving a McLaren-branded Andretti Autosport car, but failed to qualify last year in a one-off attempt by McLaren, which the team admitted to mishandling. McLaren have this year set up their own IndyCar team, who are racing in the championship with Mexican Patricio ‘Pato’ O’Ward and American Oliver Askew, who qualified 15th and 21st on Saturday. Arrow McLaren, an affiliate of the McLaren F1 team, use Chevrolet engines, while Honda-engined cars dominated in qualifying. Alonso qualified one place lower than last year’s winner, Frenchman Simon Pagenaud, who drives for the leading Penske team with Chevrolet engines.