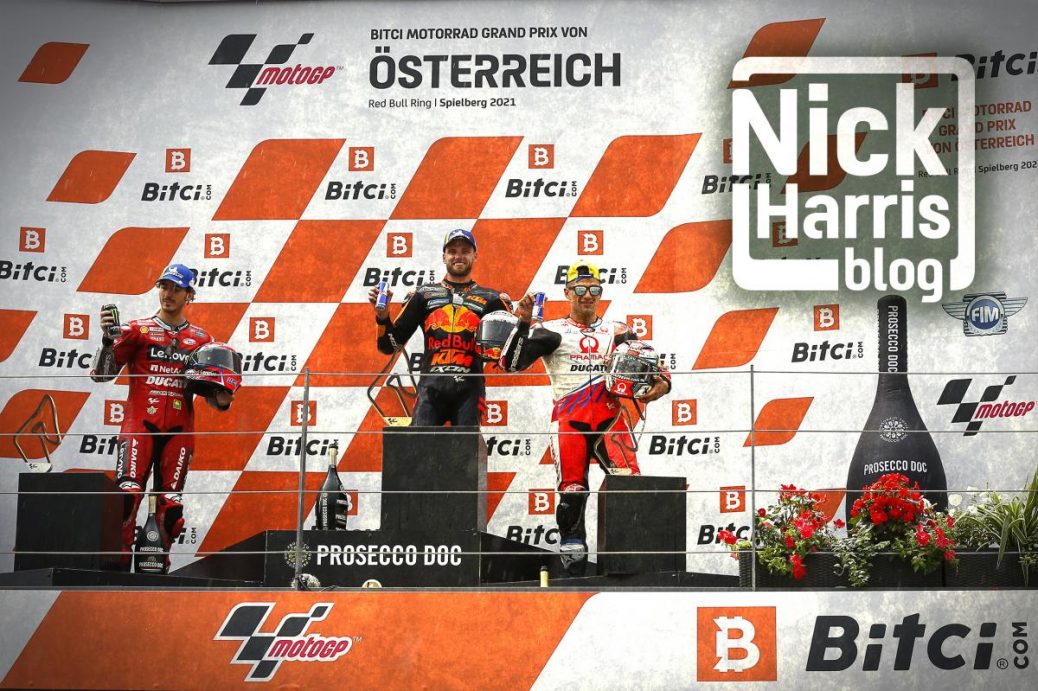 I was asked in an interview last week if MotoGP™ can possibly survive without its talisman Valentino Rossi. His first came last year on just his third premier class race at Brno in the Czech Republic. Martin’s first premier class win came in just his sixth appearance. He won the 1949 Swiss Grand Prix after leading the very first 500 cc World Championship race in the Isle of Man before his AJS broke down. Thirteen times World Champion Giacomo Agostini had to wait seven races until that first 500cc win for MV Agusta over the railway lines at Imatra in Finland in 1965. The Australian Honda rider went on to win 53 more on route to those five world titles.