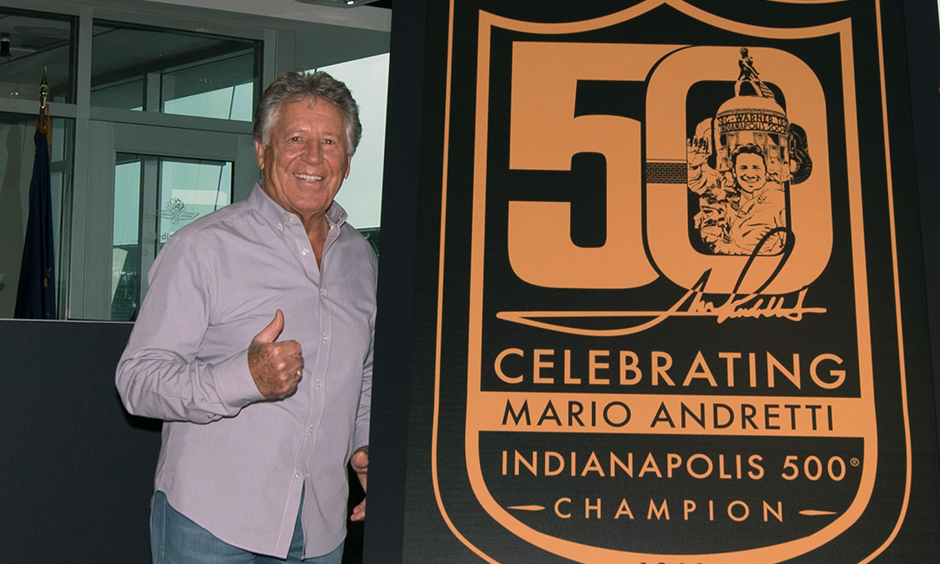 Andretti was at the site of that most famous win, joined by IMS President Doug Boles, who announced that the golden anniversary of Andretti’s triumph in “The Greatest Spectacle in Racing” will be celebrated in a variety of ways this May.
A specially curated exhibit honoring Andretti’s legendary career will open at the IMS Museum on May 1.
“Mario Andretti’s victory in the 1969 Indianapolis 500 was one of the iconic moments in the history of the world’s greatest auto race,” Doug Boles said.
The photo of Granatelli planting a kiss on Andretti’s cheek in victory lane that year remains one of the most famous shots in race history.