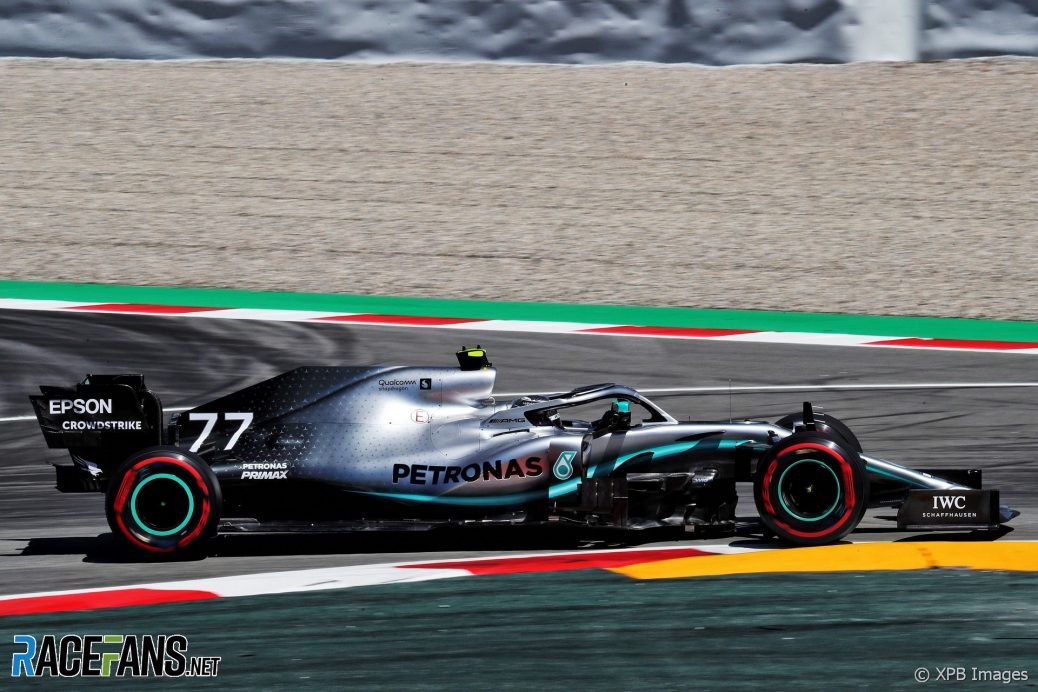 Valtteri Bottas said his Mercedes felt “completely different” compared to pre-season testing at the Circuit de Catalunya after setting the pace on the first day of practice for the Spanish Grand Prix.
“It’s always an interesting day when you’re bringing new parts to the car to get a feel for it and see if they bring the performance they should,” said Valtteri Bottas.
Mercedes had appeared to lag behind Ferrari during pre-season testing at the circuit, but Valtteri Bottas said their car “felt really good today, completely different to how it was in winter testing.”