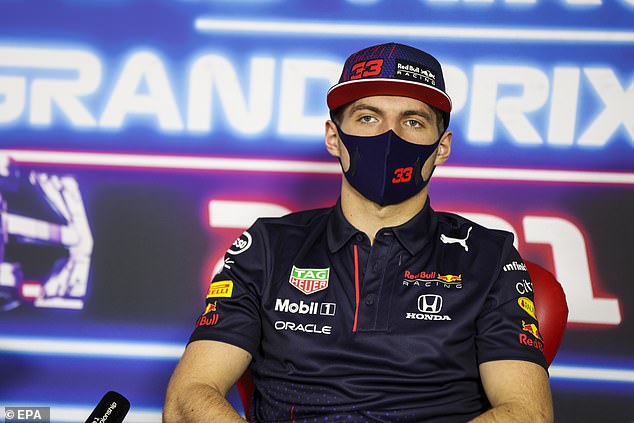 ‘I’m not really thinking about that’ – Max Verstappen dodges the issue of a potential F1 title-defining crash with Lewis Hamilton in Abu Dhabi… while sitting next to his rival at a press conference!