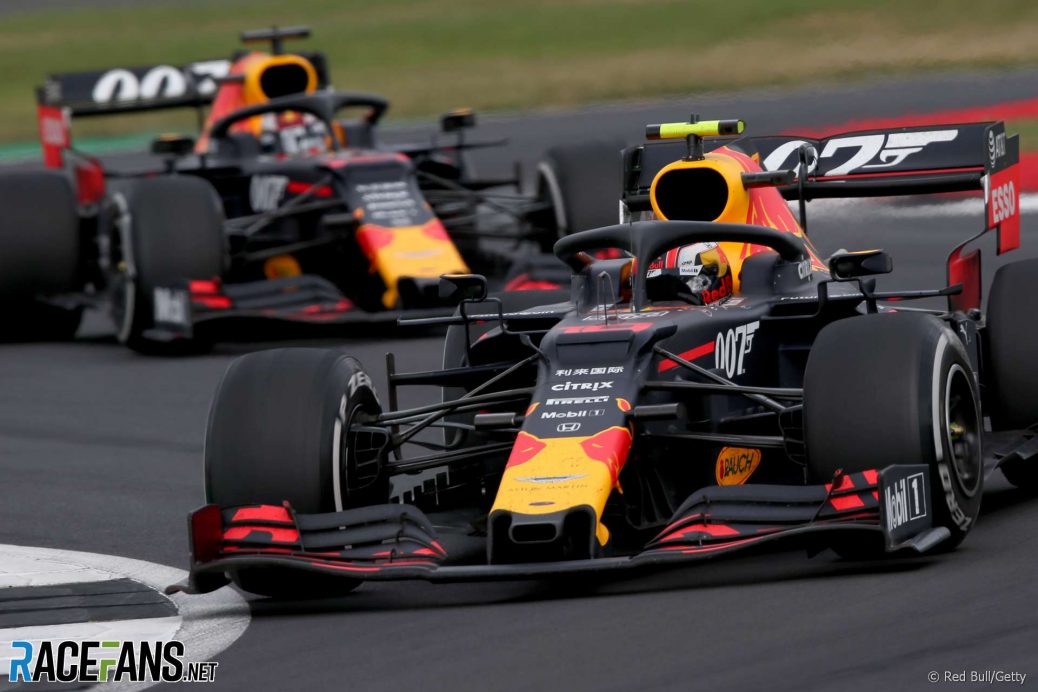 “I’m not holding him”: Why Horner had to order Gasly to let Verstappen through | 2019 British Grand Prix

Red Bull team principal Christian Horner had to order Pierre Gasly to let Max Verstappen through after Gasly did not respond to a series of reminders not to delay his team mate.
Verstappen fell behind Gasly when he made a second pit stop during the Safety Car period.
Meanwhile Verstappen complained he was being held up by his team mate, telling the pit wall: “I’m getting stuck here.”
Christian Horner issued a firm instruction for Gasly to let Verstappen through, which he immediately complied with.
Gasly slowed down on the Hanger straight, letting Verstappen by, which cost him around two seconds.