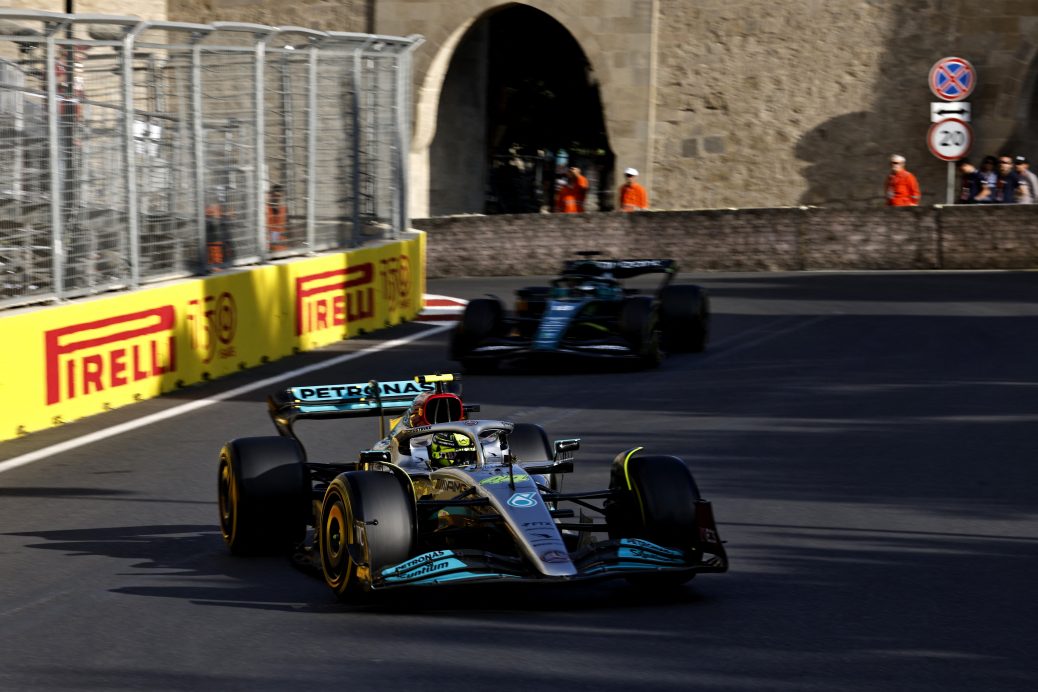 LEWIS HAMILTON suffered another painful day in his bouncing Mercedes during practice for the Azerbaijan Grand Prix, admitting: I’m a bit sore. The new era of F1 cars has not been kind to Mercedes, with Hamilton and team-mate George Russell struggling on the gruelling Baku street circuit on Friday. Hamilton ended up 1.650secs adrift of Ferrari’s Charles Leclerc and once again bemoaned his car’s porpoising issue. Hamilton’s team-mate Russell also moaned about the porpoising issue that has plagued Mercedes all season. Russell said: “There was a little bit of [bouncing] but it’s just that the cars are running so close to the ground. On Mercedes’ struggles on the Baku street circuit, Russell continued: “It was a tricky day, we weren’t as competitive as we would have liked.