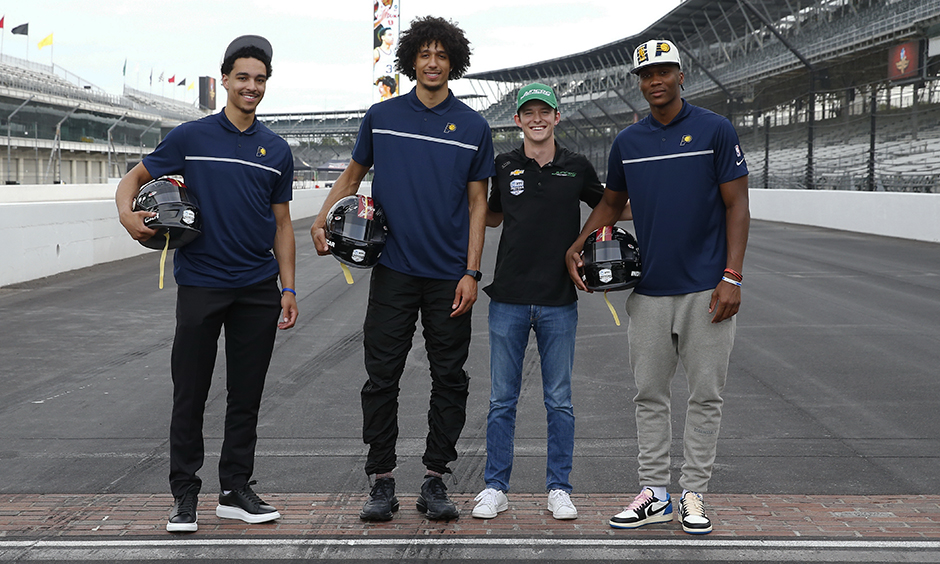 The Indiana Pacers added these three NCAA basketball stars Thursday night in the 2022 NBA Draft. They selected Mathurin with the sixth overall pick in the draft, while Nembhard and Brown were selected in the second round. The Indianapolis Motor Speedway and the NTT INDYCAR SERIES helped welcome the newest Pacers on Friday as the three received a tour of Indianapolis. First, they were picked up from the Indianapolis International Airport in a Verizon 200 at the Brickyard-themed Chevrolet Camaro and were taken to Gainbridge Fieldhouse, where the Pacers play in downtown Indianapolis. NTT INDYCAR SERIES rookie Callum Ilott picked up the trio in downtown Indianapolis and escorted them to the famed Indianapolis Motor Speedway for a visit of one of the world’s most historic racetracks.