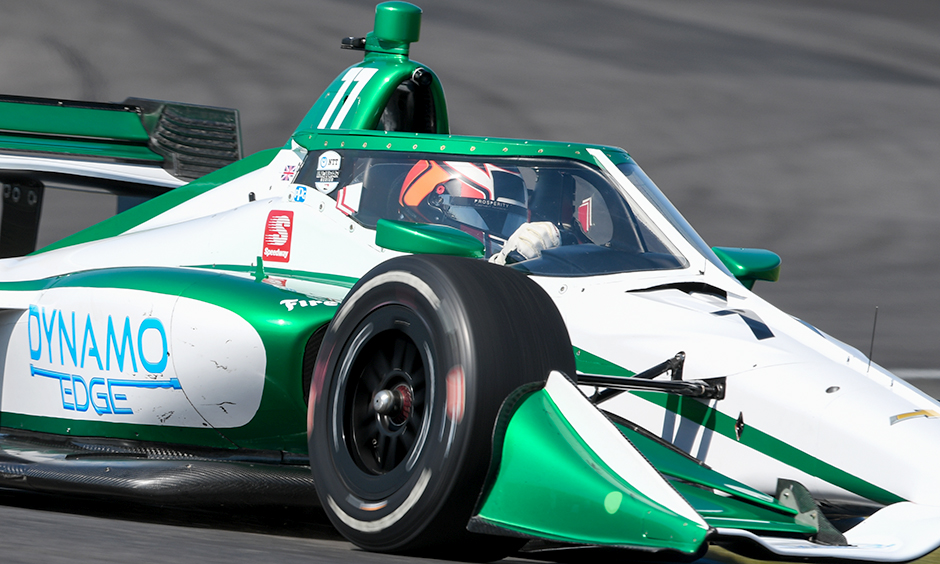 Callum Ilott got his first taste of the NTT INDYCAR SERIES on Thursday, Sept. 2 on the Indianapolis Motor Speedway road course during a Juncos Hollinger Racing test, and the Ferrari Formula One test driver felt right at home. However, Ilott said leading into his test Thursday he reached out to nobody for advice on what to expect from the new race car. “I knew once I had the test coming it would be a good experience to feel how it is,” Ilott said. Thursday was more than an on-track test to shake down a car for Ilott, 22. So, the NTT INDYCAR SERIES is under legitimate consideration by Ilott, and he said he is interested in helping team co-owners Ricardo Juncos and Brad Hollinger build their organization. “First time in Indianapolis, it’s an amazing place, I have to say,” Ilott said.