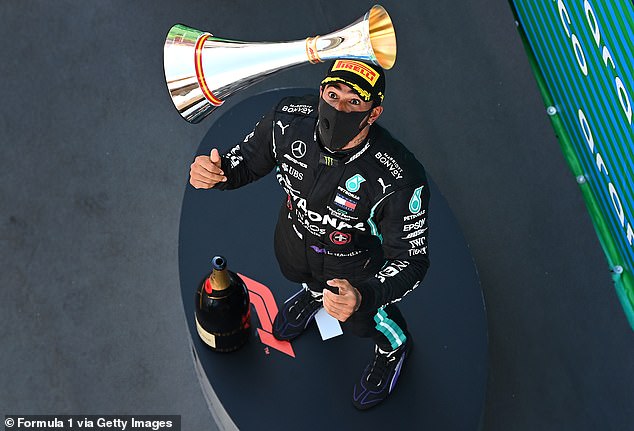 ‘I was in a daze out there… it is the zone that I dream of being in’: Lewis Hamilton achieves Ayrton Senna-like state of focus in Spanish GP victory

Lewis Hamilton said he completed his crushing Spanish Grand Prix victory in an almost unconscious state on Sunday. Lewis Hamilton took victory at the Spanish GP on Sunday, dominating the field once again. No driver in Formula One’s 70-year history has stood on a grand prix rostrum more times than Hamilton’s stunning 156 visits from 256 starts. Hamilton ranked the Spain drive as one of the best performances he has managed in F1. I didn’t make mistakes and I delivered lap upon lap – it is the zone that I dream of being in. ‘We all grew up watching Michael and dreaming of one day being here,’ added Hamilton. Hamilton has now surpassed the great German’s record of podium finishes in Formula One.