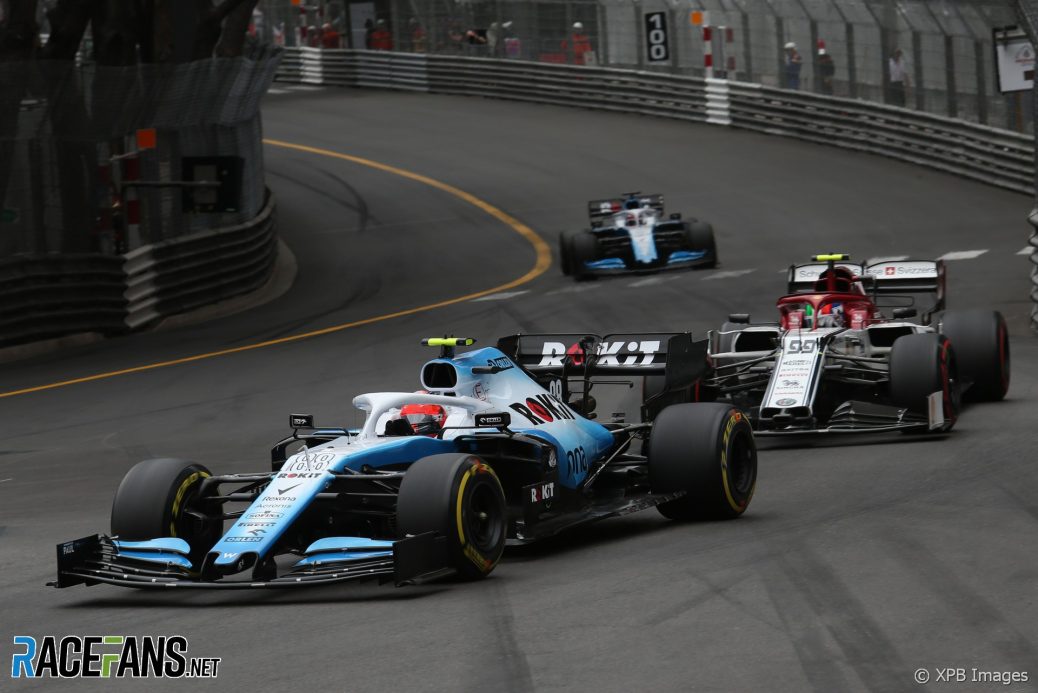 He ran ahead of George Russell early in the race but when told after the chequered flag his team mate had finished three places ahead of him, Kubica suspected the team’s strategy was responsible.
Having qualified last, Kubica got ahead of Russell and Antonio Giovinazzi at the start.
When he approached the pit lane exit under the Safety Car period George Russell asked the team “are we boxing?”
“I don’t care what the others are doing,” answered Kubica.
“We can push on this set, bring it in,” Robert Kubica was told.
“I already know what to do,” replied Kubica, who was now last.