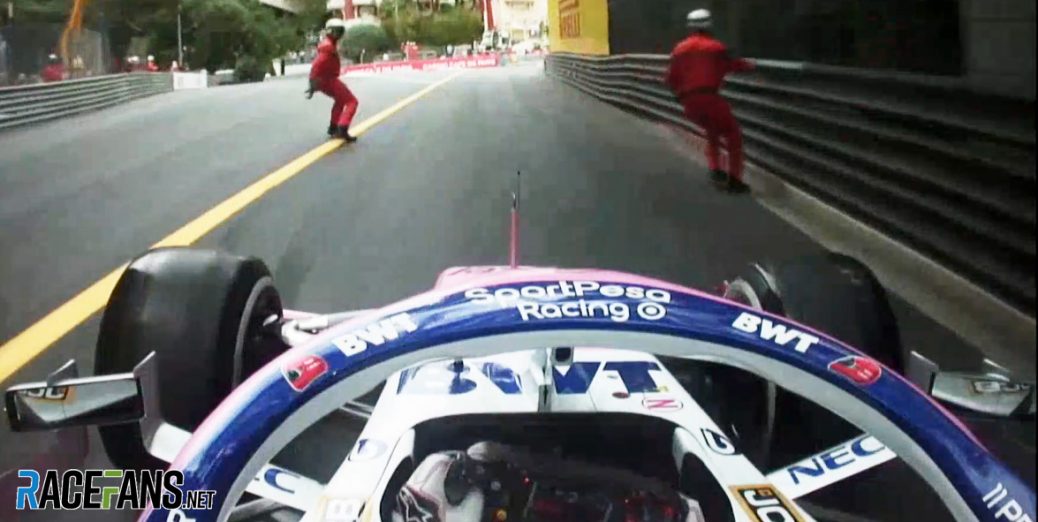 Sergio Perez thought he had injured a marshal after he returned to the track following his pit stop in the Monaco Grand Prix.
Perez had to take avoiding action after he arrived at turn one to find two corner workers standing in the pit lane exit.
“During the Safety Car I had a marshal nearly run into me,” said Sergio Perez.
Sergio Perez: “I nearly ran over two marshals.”
Perez said he will race the subject of marshal safety with the FIA as a result.
The pair have been summoned to the stewards over an incident in which Magnussen drove across the chicane while trying to keep Perez behind him.