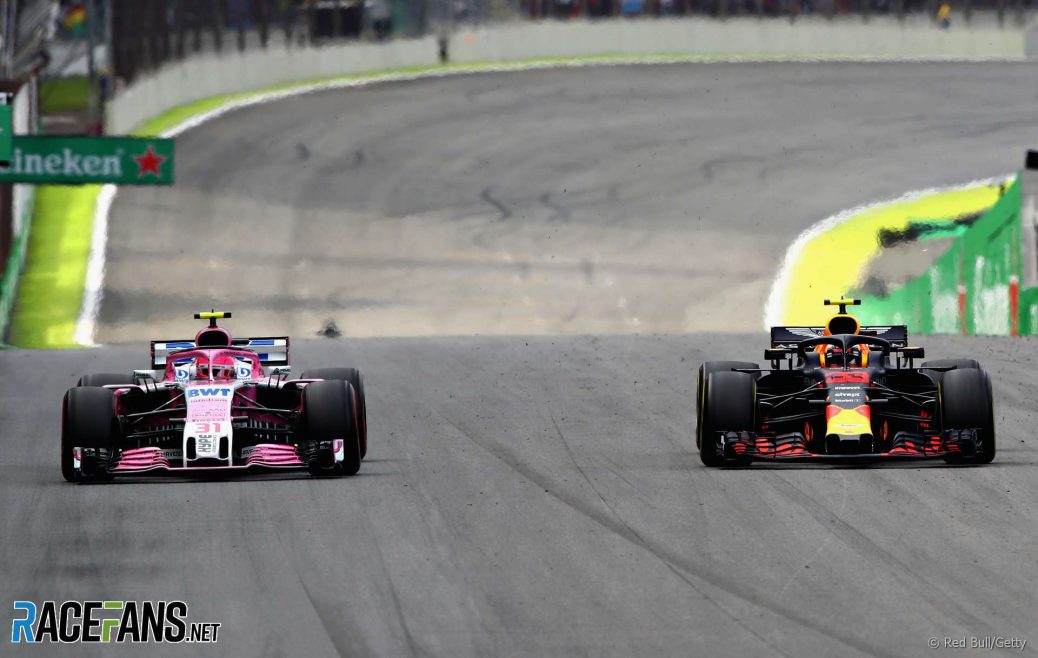 “I have this Force India behind…”: Team radio highlights from the Brazilian GP | 2018 Brazilian Grand Prix

Things were more light-hearted at Haas, where Romain Grosjean was pleased with a points finished in a damaged car, and Kevin Magnussen channeled Kimi Raikkonen by telling his race engineer to “leave me alone”….
Here are the team radio highlights from the Brazilian Grand Prix.
While Lewis Hamilton led the field away Max Verstappen went on the attack, quickly passing the Ferraris.
Verstappen; I got quite badly compromised towards the end of that stint with the traffic.
Verstappen closed on Hamilton after his pit stop and swiftly passed the Mercedes for the lead of the race.
Verstappen; I have this Force India behind me, pushing.