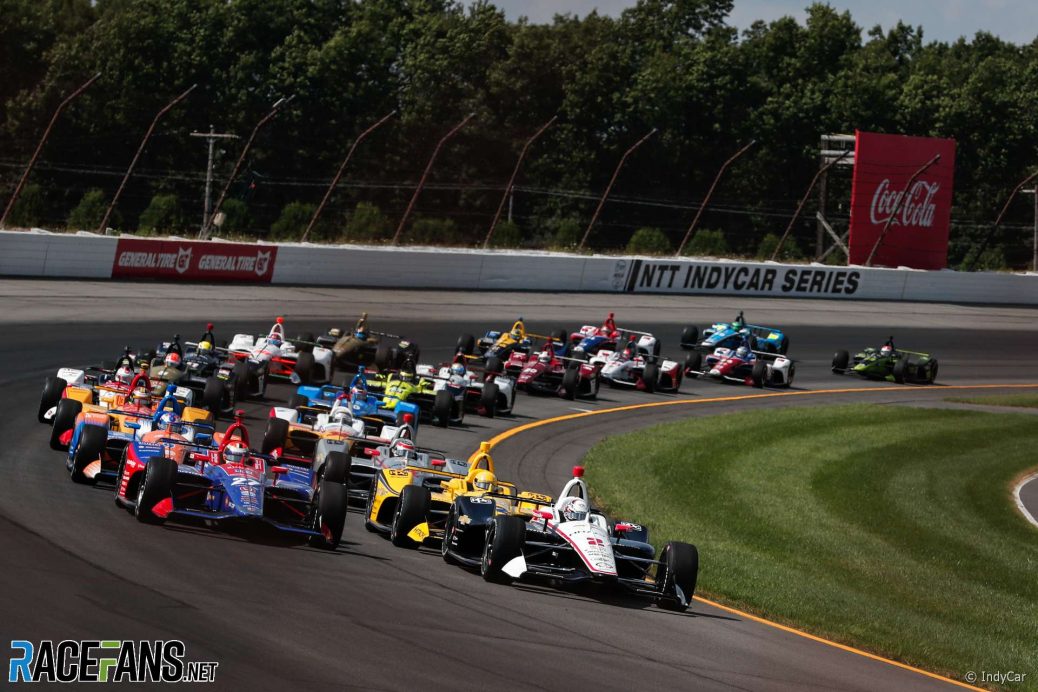 “I drove straight”: Sato responds after Rossi blames him for Pocono crash | IndyCar

Takuma Sato has defended his role in the spectacular first-lap crash during yesterday’s Pocono 500 after Alexander Rossi described his driving as “disgraceful”.
Rossi, whose championship hopes suffered a blow due to the crash, blamed Sato for the collision.
Takuma Sato: “Ryan and I were obviously racing at the exit of turn one and it looks like Alexander had a slow start.”
“I’m sorry I was involved with Alexander Rossi for the championship,” wrote Takuma Sato.
“I didn’t mean I was blaming Alex at all,” Takuma Sato added.
“I just drove straight,” he added.