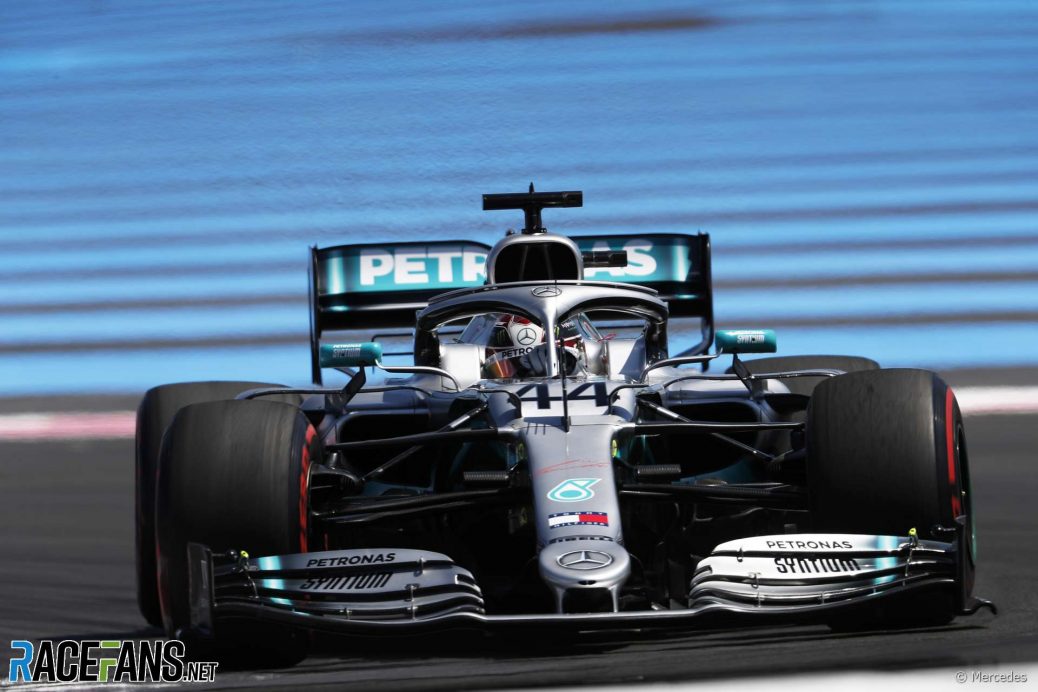 Lewis Hamilton told his team he could have gone a second quicker after missing out on the bonus point for fastest lap by two hundredths of a second.
Mercedes told Hamilton they “won’t bother going” for the fastest lap and the bonus point which comes with it after Sebastian Vettel pitted to put on a new set of soft tyres for the final lap of the French Grand Prix.
“I think the biggest risk always when pushing for the fastest lap is to put it in the wall or flat-spot [a tyre],” Lewis Hamilton said.