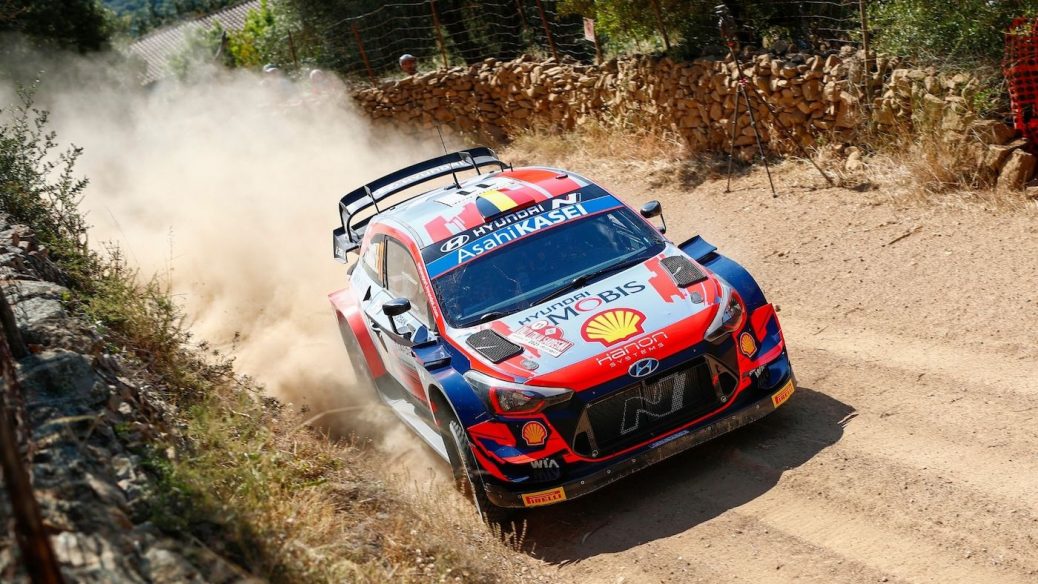 Thierry Neuville headed a Hyundai Motorsport 1-2 in Thursday morning’s sun-kissed shakedown at Rally Italia Sardegna. Toyota Gazoo Racing drivers Sébastien Ogier, Elfyn Evans and Kalle Rovanperä locked out the top three places until Hyundai’s late burst, with first Tänak and then Neuville topping the times. “I wish there will be as much Tarmac in the rally as there was this morning in the shakedown!” Ogier joked. “The feeling was OK, but the stage was not so representative. We made some changes since Portugal so I’m confident I should feel better in the car and try to extract a bit more from what I have,” he added.