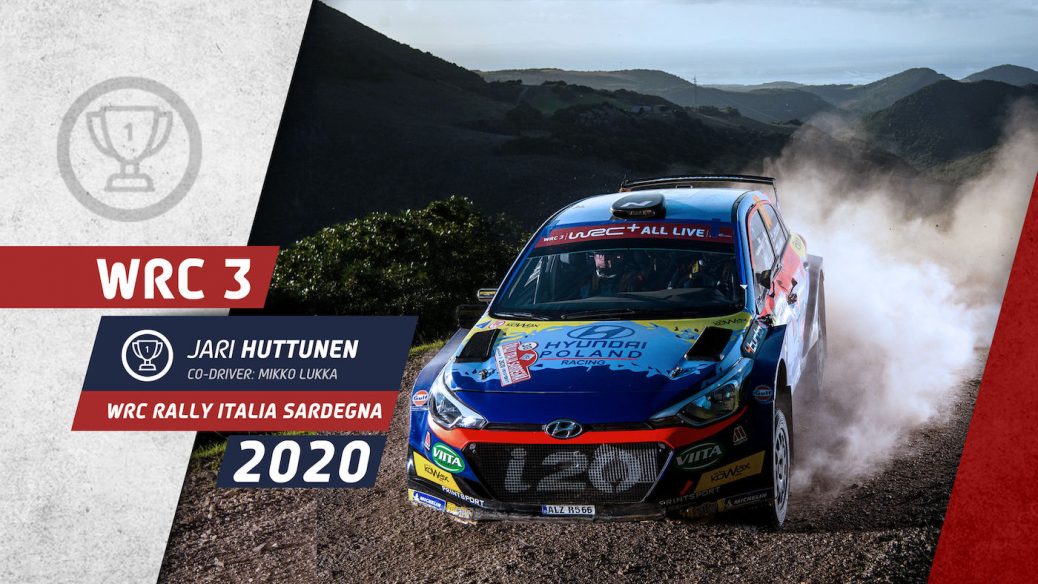 Huttunen holds on for WRC 3 victory

Jari Huttunen stayed ahead of rivals to claim his second WRC 3 victory of the season on Sunday at Rally Italia Sardegna. The flying Finn was handed the lead when Oliver Solberg went off during the second pass of the Tergu – Osilo speed test on Saturday and a sensible approach to Sunday’s short leg allowed the Hyundai i20 R5 pilot to cross the Alghero finish 1min21.2sec in front of Kajetan Kajetanowicz. Kajetanowicz started Sunday within touching distance of top spot and closed the deficit to 5.5sec with two stages to go. However, his Skoda Fabia Rally2 suffered a puncture on the penultimate Cala Flumini speed test and the battle was over. However, his rally unravelled when he went off again on the penultimate stage.