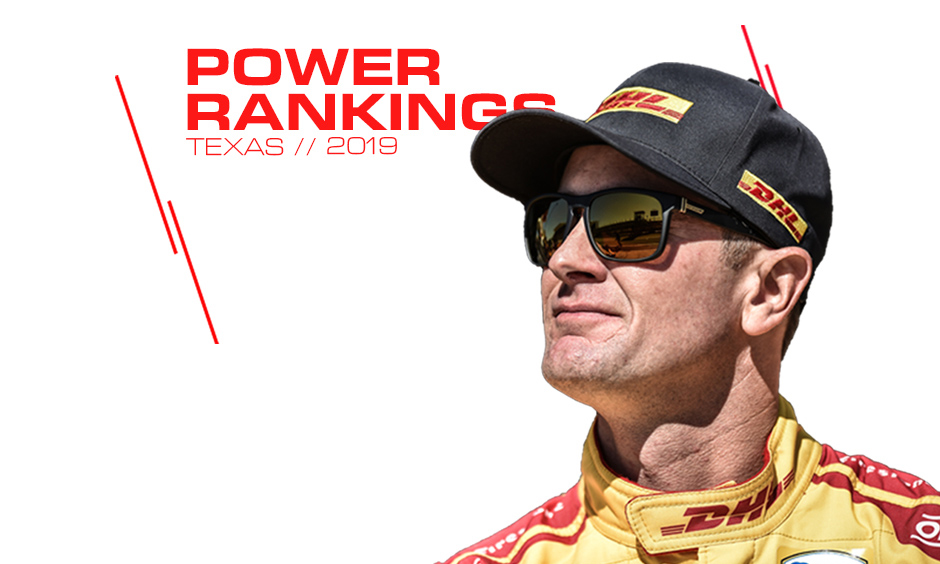 Ryan Hunter-Reay made the biggest move in this week’s driver rating following an impressive run in Saturday’s DXC Technology 600 that became overshadowed by a late crash involving frontrunners Scott Dixon and Colton Herta, followed by a thrilling duel between Josef Newgarden and Andretti Autosport teammate Rossi to the finish.
Hunter-Reay is the biggest gainer after a fifth-place Texas finish while leading the most laps (90).
Scott Dixon – While Hunter-Reay is biggest riser, Dixon fell the most.
Ryan Hunter-Reay (7) – See above
Santino Ferrucci (9) – The rookie is running well, following up a strong weekend in Detroit with his first top-five at Texas.