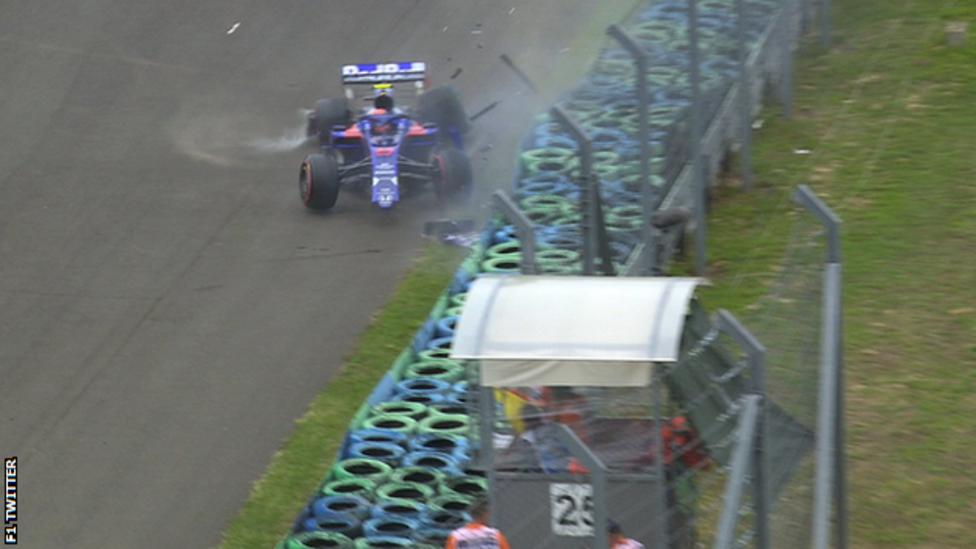 Red Bull’s Pierre Gasly was fastest in an inconclusive, rain-affected second practice at the Hungarian Grand Prix.
The Frenchman headed team-mate Max Verstappen by 0.055 seconds and Lewis Hamilton’s Mercedes by 0.141secs.
In the morning session, Hamilton headed Verstappen by 0.165secs, with Vettel just 0.001secs behind the Red Bull.
The wet weather was bad news for Mercedes driver Valtteri Bottas, who managed only one in-and-out lap in the first session before having to stop to have an engine change because of a misfire.
Gasly’s session-topping time was set on the fastest ‘soft’ tyre, while Verstappen was on the medium.