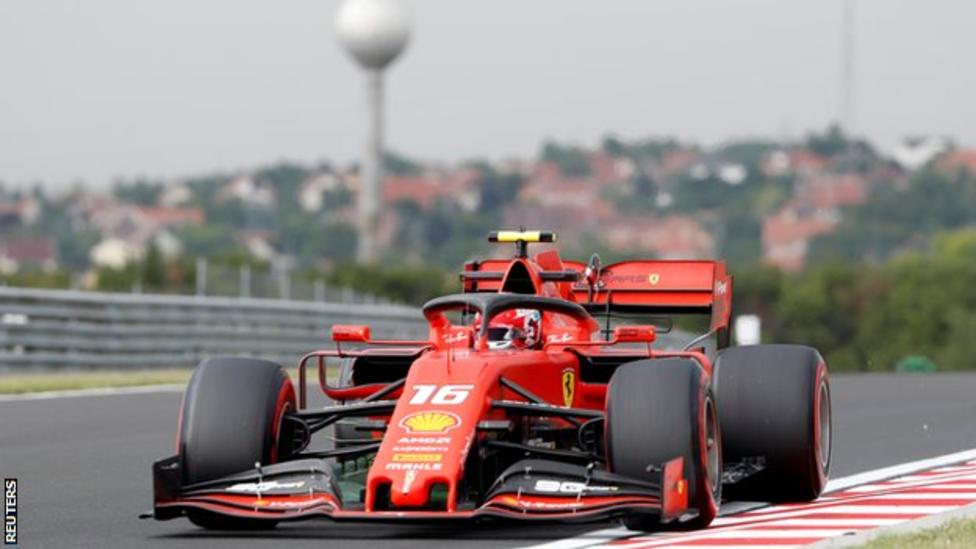 Mercedes’ Lewis Hamilton headed Red Bull’s Max Verstappen and Ferrari’s Sebastian Vettel in a tight first practice at the Hungarian Grand Prix.
Vettel, who set his time with Ferrari’s latest aerodynamic upgrade, was just 0.001secs behind the Red Bull.
As it happened, Hamilton ended up extending his lead by two points when he was promoted from 11th to ninth following the disqualification of both Alfa Romeos.
Leclerc started the session with it, while it was fitted to Vettel’s after his first run and he used it to set his fastest time.