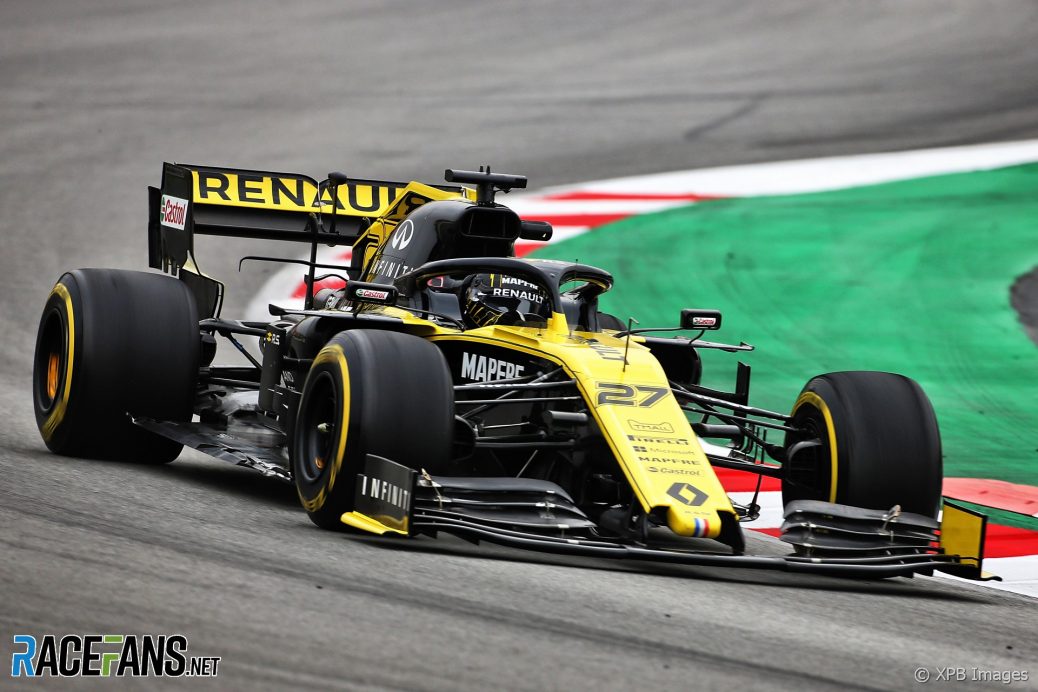 The first test for the 2019 F1 season ended with Nico Hulkenberg on top of the times for Renault and team mate Daniel Ricciardo third-fastest.
Hulkenberg’s lap of 1’17.393 stands as the best time of the test, and was set after Renault corrected a problem with their car’s Drag Reduction System which caused a high-speed spin for Ricciardo earlier in the week.
Hulkenberg caused the second of the day’s red flags shortly after setting his quickest lap time.