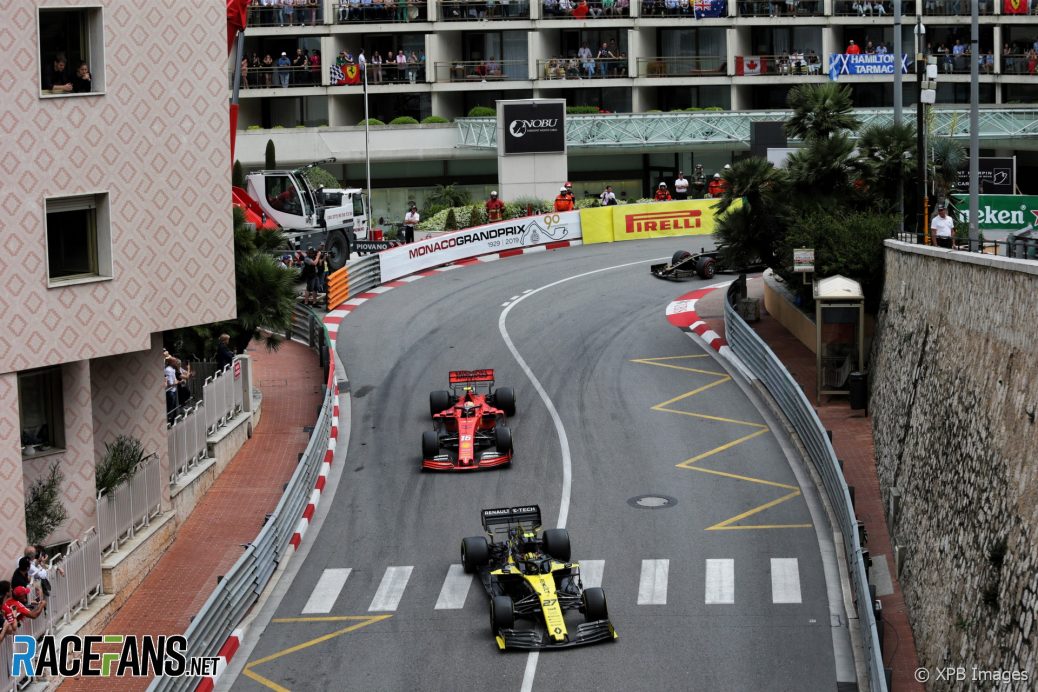 Nico Hulkenberg says his Monaco Grand Prix went wrong at every opportunity.
Nico Hulkenberg: “It went wrong where it could, basically.”
Hulkenberg said he knew the Ferrari driver had passed Romain Grosjean at the same corner on the previous lap.
“I wanted to get through the field but it’s Monaco, it doesn’t work like that always.”
“He just kissed me, I didn’t hit the wall or anything but obviously he sliced my rear tyre open and that’s where, basically, it all started to go wrong.”
Hulkenbreg: “it’s frustrating not to get it done if the car can do it.”