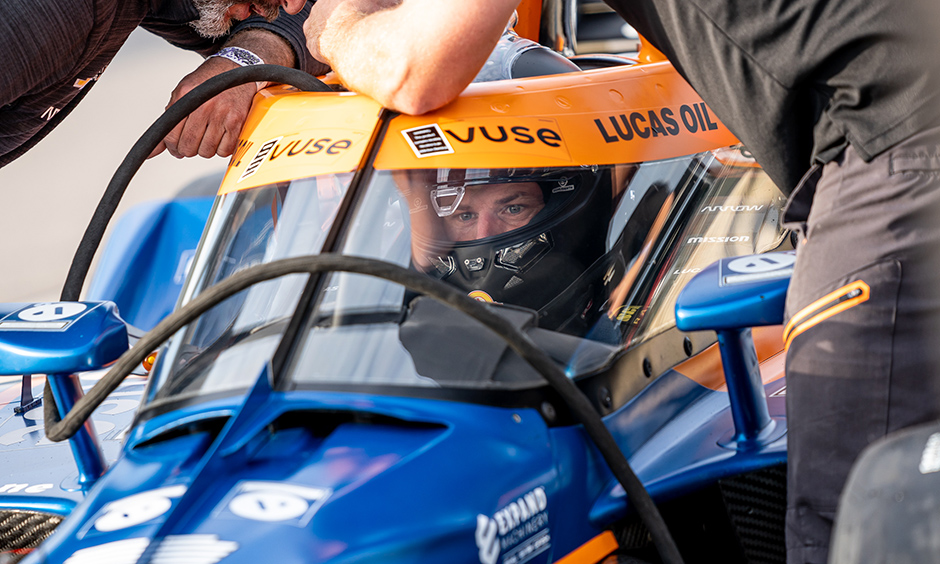 Hulkenberg Gets First Taste of INDYCAR in Busy Barber Test

Germany’s Nico Hulkenberg became the latest accomplished international driver to experience the NTT INDYCAR SERIES, participating Monday in a driver evaluation session with Arrow McLaren SP at Barber Motorsports Park. Hulkenberg, like the others testing Monday, has not been confirmed to any ride for the 2022 season. There are similarities between Hulkenberg and fellow F1 veteran Romain Grosjean, the latter parlaying a first NTT INDYCAR SERIES season with Dale Coyne Racing with RWR this year into a full-season ride with Andretti Autosport for 2022. Hulkenberg and Grosjean competed against each other in the 2009 GP2 Series, which Hulkenberg won (Grosjean competed in only half the season, winning twice to Hulkenberg’s five wins). Grosjean landed his first F1 ride in 2009; Hulkenberg arrived the next season. Hulkenberg and Grosjean each started 179 F1 races over 10 seasons, neither producing a win. Both drove an NTT INDYCAR SERIES car for the first time at age 34. Hulkenberg also is the only F1 driver since 1991 to also win the 24 Hours of Le Mans, securing the prestigious victory with Porsche in 2015.