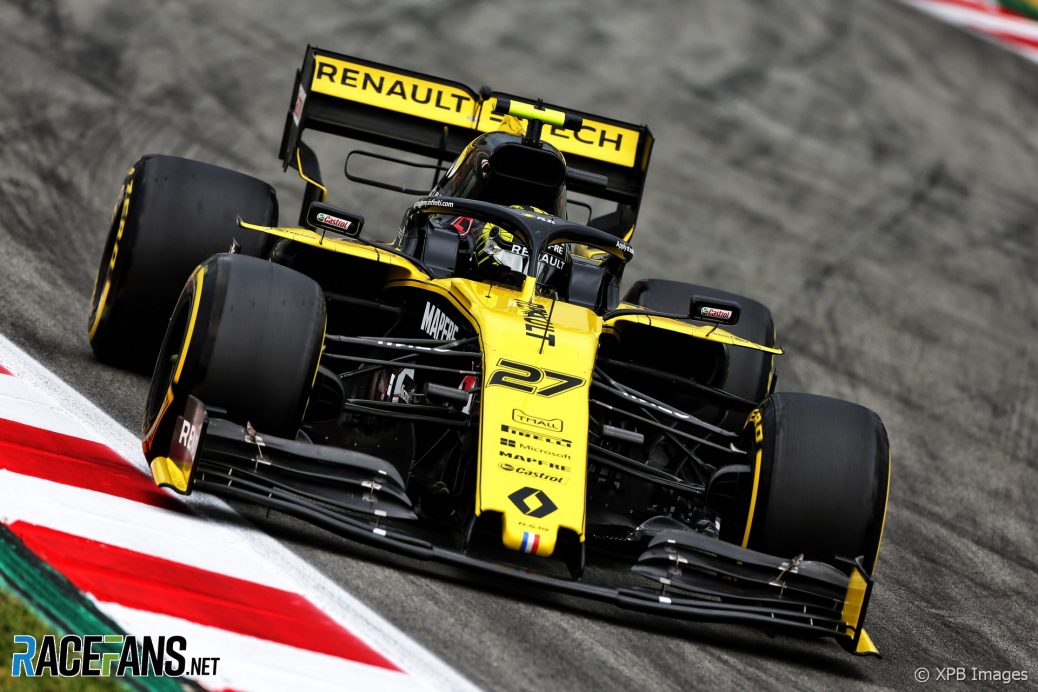 Nico Hulkenberg could face a grid penalty for today’s Spanish Grand Prix after his team failed to notify the FIA it had changed his front wing specification.
“The part has been replaced during qualifying session 1, with a retrospective written request of the Renault F1 team received at 19:33,” noted FIA technical delegate Jo Bauer.
“The team did not mention in their request that the front wing main plane is one of a different specification,” Renault added.
“I made a mistake on the first run, touched the wall slightly and we had to change the front wing and we also suffered bargeboard damage.”