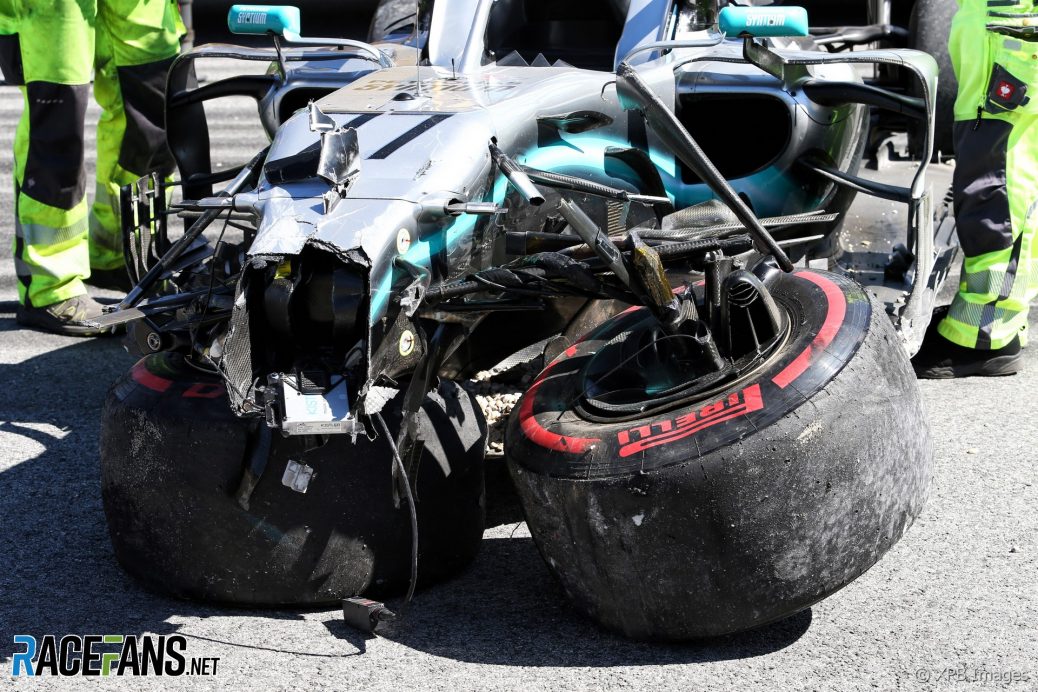 Nico Hulkenberg Valtteri Bottas say they are happy with the run-off arrangements at the Red Bull Ring despite damaging their cars during practice today.
But Hulkenberg, who brought the first practice session to an early end when he damaged his front wing, said drivers should pay a penalty for running wide.
“It was a mistake from my side just running a bit too fast into that corner and running wide,” said the Renault driver.
Nico Hulkenberg Valtteri Bottas: “Definitely the tiniest error will cost a lot here with the aggressive kerbs and the run-offs and everything.”