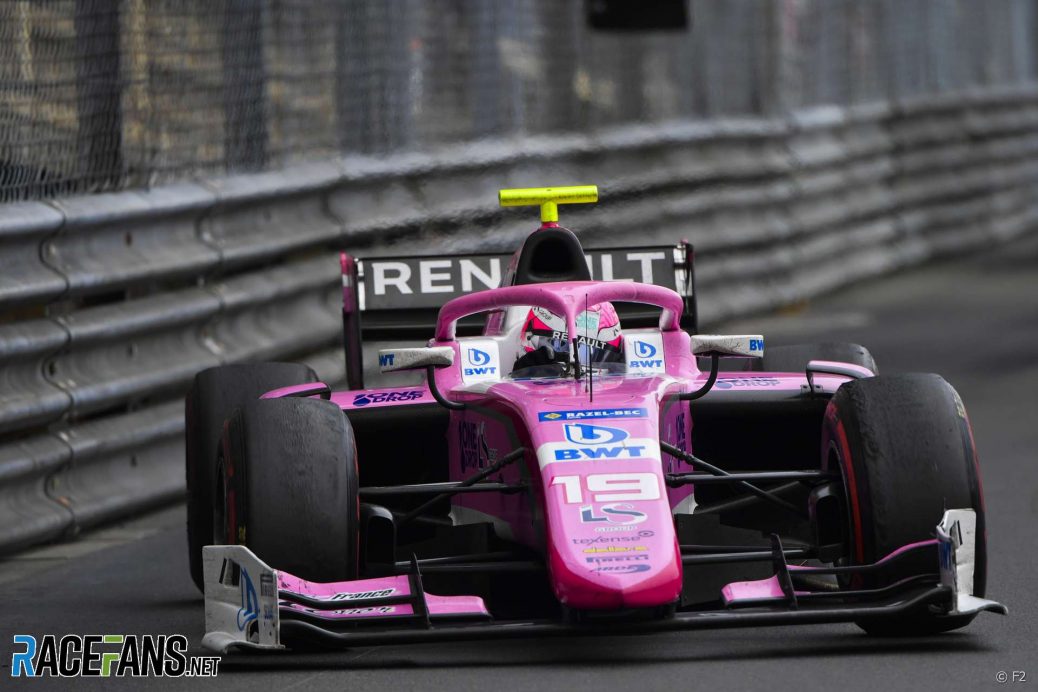 Anthoine Hubert scored his first Formula Two race by beating Louis Deletraz in a sprint to the finishing line by less than a tenth of a second.
Deletraz was climbing all over the back of the race-long leader in the final stages of the race and repeatedly pressured Hubert into locking up at the chicane.
As they accelerated out of the final corner Deletraz got better traction and drew alongside his rival as they headed towards the line.
Hubert denied him by a car length.
Luca Ghiotto, who finished the first race in second before being disqualified, had a hand in causing the race’s two Safety Car interruptions.