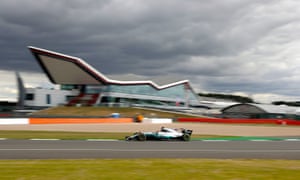 How Silverstone prepared for F1 double-header amid the pandemic

Planning a normal grand prix takes 18 months but Silverstone has had only eight weeks to arrange two. It has been a task like no other but one vital to the survival of the circuit. When Silverstone put itself forward to host not one but two grands prix as part of the rescheduled season, the scale of the challenge was clear. It has been a task like no other, but one that has been vital to the survival of the circuit. Silverstone accepted that fans could not attend, that the financial return would be nowhere near the usual volume and that the race weekends would be run differently but that it was still worth taking on. “Running these two races is not going to be as good for Silverstone as running one traditional GP,” says Pringle. Coming out of lockdown Silverstone had eight weeks to put these two meetings together. It has been tough, sometimes frustrating but worthwhile.”. Silverstone expects to ensure this weekend that the British Grand Prix keeps it place on the F1 calendar , having hosted a meeting in every season of the world championship since it began.