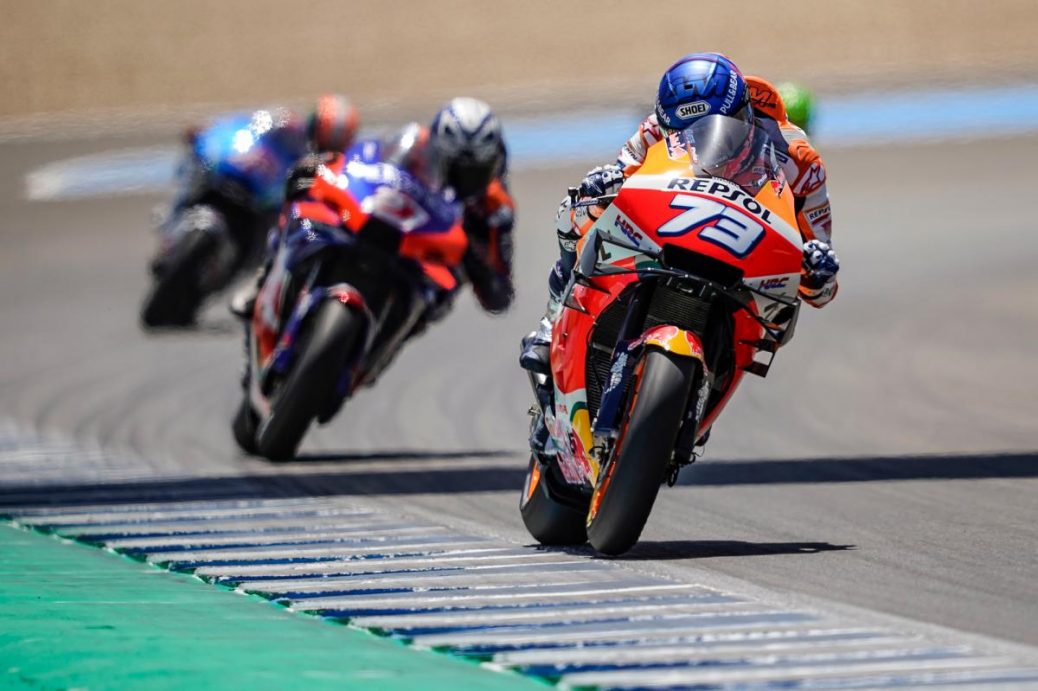 How did the MotoGP™ rookies perform in Jerez?

The Gran Premio Red Bull de España and Gran Premio Red Bull de Andalucia saw Brad Binder (Red Bull KTM Factory Racing) and Alex Marquez (Repsol Honda Team) compete in their first two MotoGP™ races, with Iker Lecuona (Red Bull KTM Tech3) completing his second and third premier class race weekends after making his debut in Valencia 2019. Qualifying P13, Binder made a swift getaway on Sunday and was behind teammate Pol Espargaro before running off at Turn 5 after losing the front of his RC16 on entry. “He’d had a great weekend up until then and I’m sure he would have had a strong race. Two crashes over the two weekends is far from a disaster – especially as a rookie – and two race finishes in brutal conditions was exactly what Alex Marquez and HRC would have wanted. “The objective was to finish the race and reduce the distance with the leader. Qualifying 21st and 17th gave work to do in both races if Lecuona wanted to scrap for the top 10, but in tough conditions, the 20-year-old crashed in both races. “Last week, I was fighting with the temperatures,” said Lecuona, after the Andalucia race.