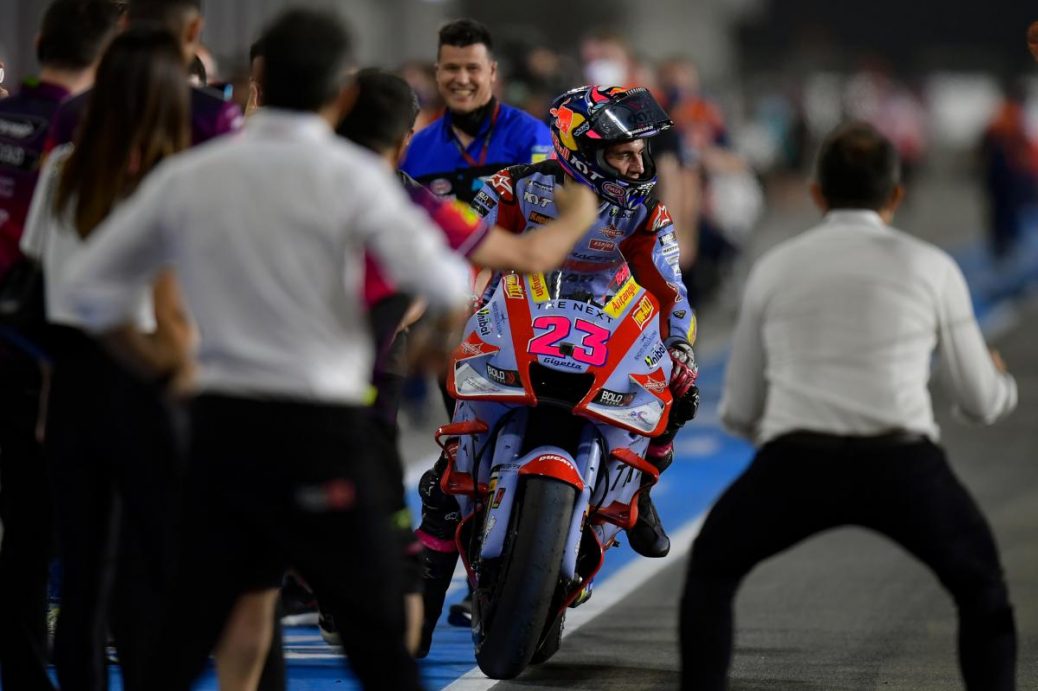 How Bastianini rose to the occasion as the GP22 fell short

It’s safe to say that at the season opener, the factory Ducati squad had a night to forget. Losing too many points at the start of the season as they try to tame the 22 engine could see them fall out of the title race. Enea Bastianini has been given a GP21 by Ducati for the 2022 season. With Bastianini knowing that his bike spec won’t change for the 2022 season, his job in testing was simple, get on the bike and ride and ride and ride until you get comfortable. Simply, they had to ride an ever-changing bike in preseason testing and it’s hard to get used to the feeling of a bike when the feeling is constantly changing.