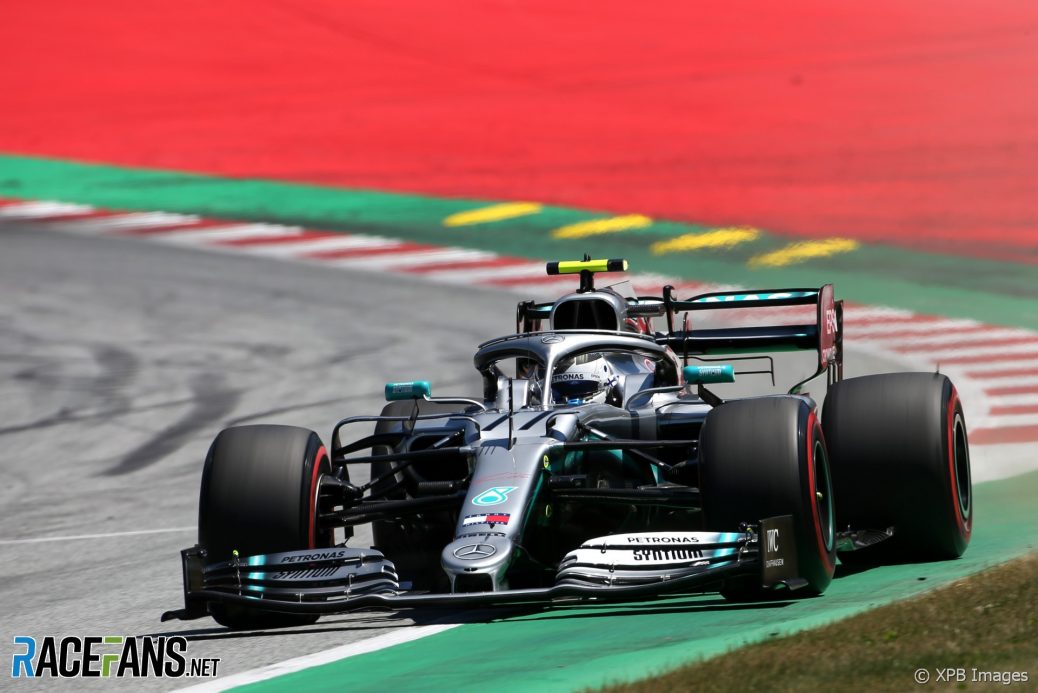 As they prepared to begin their final runs Charles Leclerc dived past Valtteri Bottas, setting himself up for a run to pole position, and disrupting Bottas’s preparation for his final effort.
The situation in Austria was slightly different in that Bottas didn’t need to cut things quite as fine with Leclerc.
“After Leclerc went ahead of me then I was right behind him in the last corner, going super-slow,” Valtteri Bottas explained.
Inevitably, Mercedes are already making plans to avoid a repeat of the slip-up which saw Bottas fall from second to fourth with his last run.