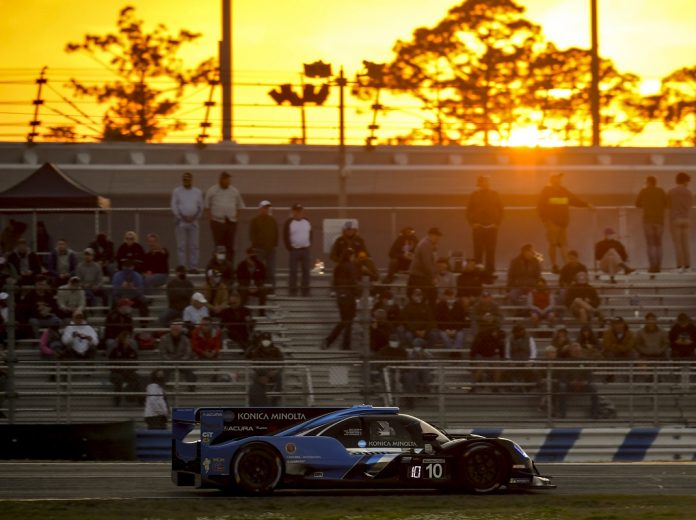 DAYTONA BEACH, Fla. – At three-quarter distance in the 59th Rolex 24 at Daytona, Wayne Taylor Racing found its way to the front of the field at Daytona Int’l Speedway. Co-driving with Helio Castroneves, Ricky Taylor and Filipe Albuquerque, it was Castroneves who wheeled the car for most of the 17th and 18th hours before Rossi took over. With just over five and a half hours to go, the No. 8 Oreca with Mattheiu Vaxiviere remained in control of the LMP2 class, with a second and a half lead over the No. At the end of the hour, Serra was in front by two seconds in class.