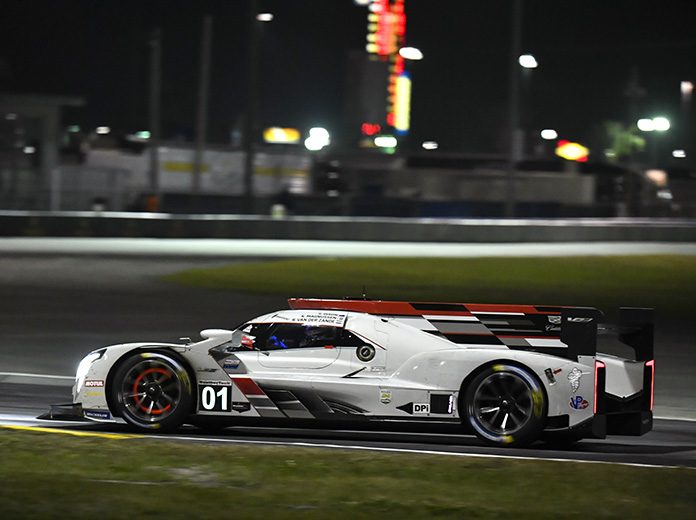 DAYTONA BEACH, Fla. – Chip Ganassi Racing held the overall lead of the 59th Rolex 24 as the 16th hour of competition was completed early Sunday morning at Daytona Int’l Speedway. 01 Cadillac DPi as night turned to day, though he had plenty of competition close behind him. He attempted to challenge van der Zande for the lead only to spin out entering the first turn, dropping him several seconds behind the leaders with less than half of the race left. The lead was even greater in the LMP3 division, where Oliver Askew holds a commanding five lap lead in the No. 74 Riley Motorsports Ligier JS P320, which leads the LMP3 class by five laps over the No.