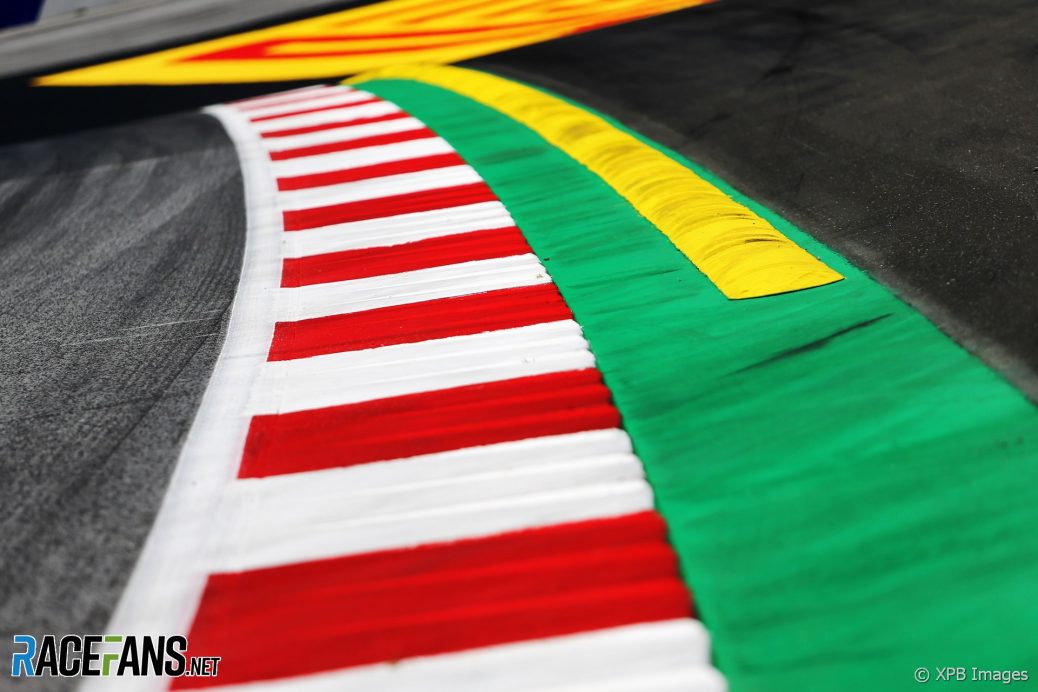 Red Bull team principal Christian Horner and his Mercedes counterpart Toto Wolff have called for changes to the kerbs at the Red Bull Ring after several teams damages front wings during first practice.
Horner estimated around a quarter of a million pounds’ worth of damage was done to Red Bull’s cars alone.
Christian Horner: “Probably about £250 grand’s worth of damage.”
“We’ve broken two flaps,” he told Sky, “I believe Racing Point has broken a front wing so we need to do something around the sausage kerbs.