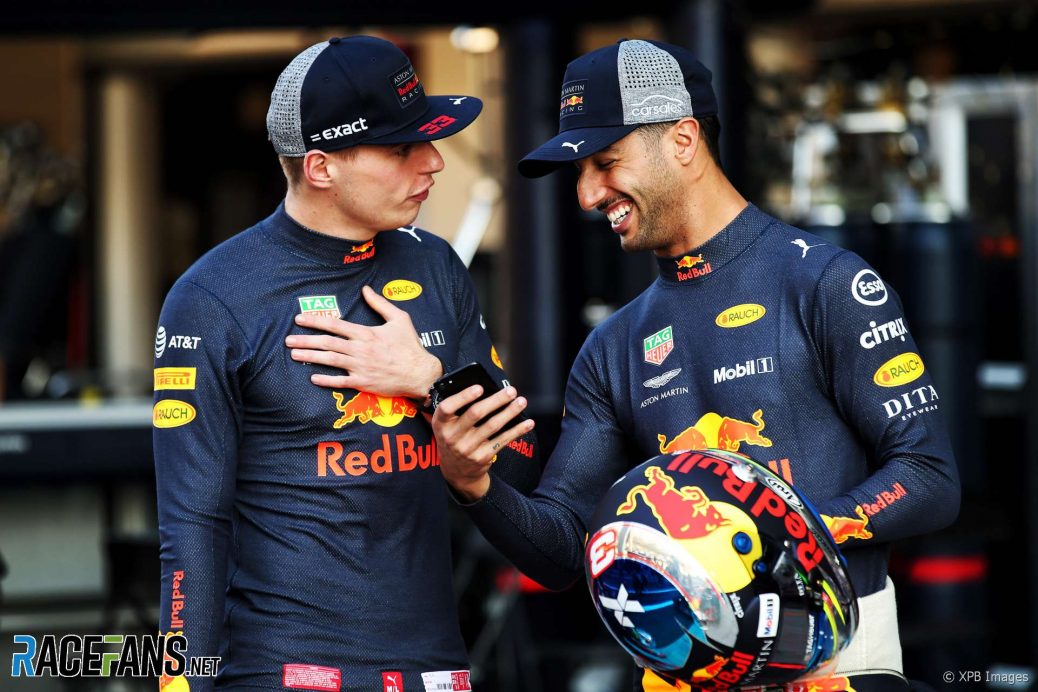 Red Bull’s partnership of Max Verstappen and Daniel Ricciardo is the best the team has ever had, according to Christian Horner.
Following the pair’s last race as team mates on Sunday Horner, who has run Red Bull since it entered F1 in 2005, said Verstappen told their post-race debrief “that may have been the best partnership we had in racing.”
Verstappen: “It’s been a very good rapport and they’ve both pushed each other to new levels.”
Verstappen joined Ricciardo at the team at the fifth race of 2016, but the latter will move to Renault for the 2019 F1 season.