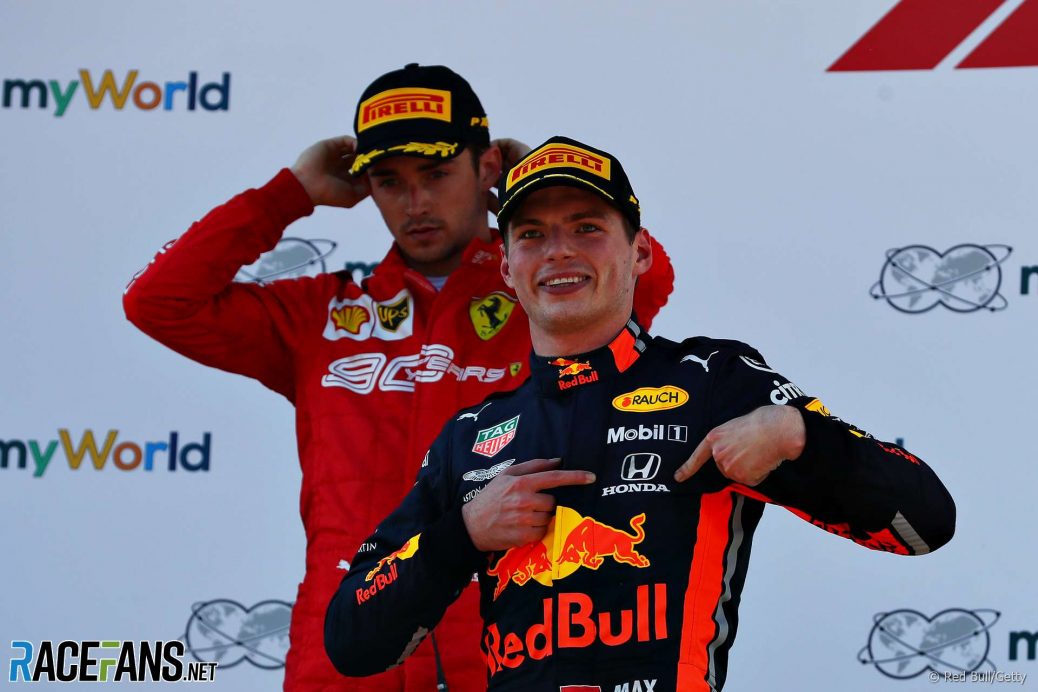 Red Bull team principal Christian Horner praised power unit supplier Honda’s “real dedicated and determination” after scoring the first win since their return to F1 four years ago.
“Honda have done a fantastic job,” said Horner after the partnership achieved its first victory in their ninth race together.
“We saw that progression and we saw the potential they have which was why we changed supplier this time last year [and] announced that we were moving to Honda.”
“After all the effort they’ve put it it was great to see Japan represented up there today and Honda picking up the constructors’ trophy.”