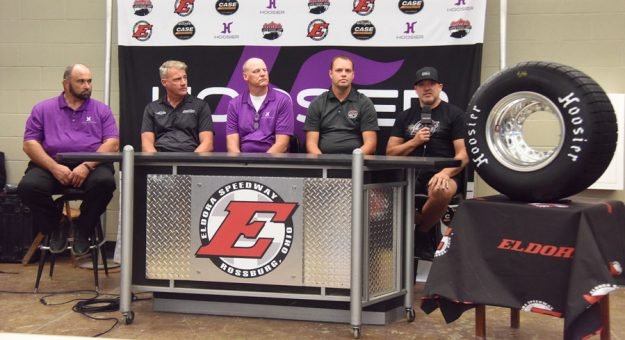 ROSSBURG, Ohio — With the backdrop of one of the most historic races in dirt late model racing, the World 100 at Eldora Speedway, officials from Hoosier Racing Tire, the World of Outlaws CASE Construction Equipment Late Model Series and the Lucas Oil Late Model Dirt Series announced a National Late Model Tire. The tire will be purpose-built by Hoosier and will encompass all super late model racing beginning with the 2023 season. The formation of the new NLMT program began as a consolidation of the expansive dirt super late model tire selections currently offered by Hoosier. Amending the existing complex tire program, new offerings will be reduced to just three 90-inch tires and three 92-inch tires for 2023. With its inception, the NLMT tire is designed as a no-groove, no-sipe program and will be the only dirt super late model tire offered by Hoosier.