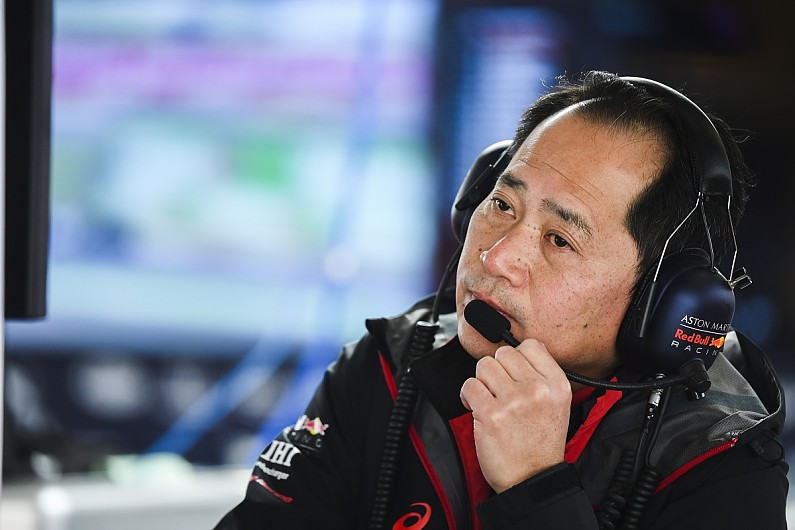 Honda is optimistic its latest Formula 1 engine is capable of lasting seven grands prix, which would mark an important step in its bid to produce a title-challenging product.
After reporting “no issues” with engine reliability in the three races since Baku, Honda’s F1 technical director Toyoharu Tanabe told Autosport that he believes this engine is now capable of making it through seven races.
But although the early introduction of Honda’s Spec 2 engine means the Red Bull and Toro Rosso drivers are poised for grid penalties, as they will not be able to complete the season with only one more engine, Tanabe believes Honda has made an important reliability step.