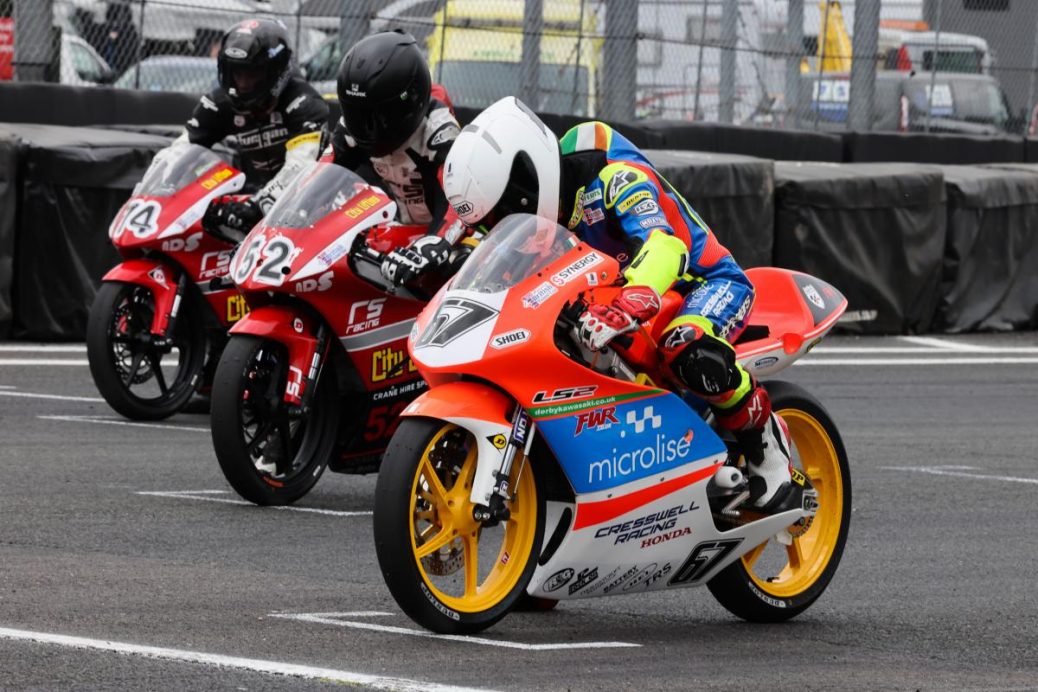 After an interesting Race 1 at Thruxton that shuffled the podium somewhat, the Honda British Talent Cup was poised for more on Sunday before the weather got in the way. But all is far from lost, with the class of 2021 now set to head out for three races at Donington Park to recoup those lost points. The national layout is a fast, short lap, and last time the BTC raced there, points leader Evan Belford (City Liftin by RS Racing) did have some good form with a fourth place – so he’ll be hoping to have continued his step forward shown in the rest of 2021 and get back to being the man to beat. Because at Thruxton, he wasn’t – so one race could arguably be seen as a silver lining in the standings for the number 52, and the opposite for his rivals.