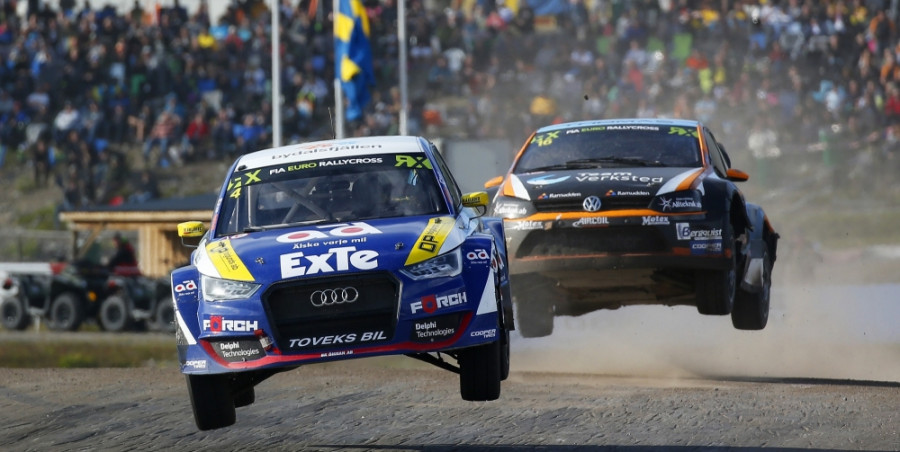 Sweden’s Robin Larsson continued his impressive form in the FIA European Rallycross Championship for Supercar with a dominant victory at the Swecon World RX of Sweden.
France’s Jean-Baptise Dubourg (Peugeot 208) finished third, his third podium of the year, with Hungary’s Tomas Karai (Audi A1), Germany’s Rene Munnich (Seat Ibiza) and Lithuania’s Paulius Pleskovas (Ford Fiesta) completing the final.
Pleskovas was P13 in the Intermediate Classification but made the semi-finals when Bryntesson didn’t make it to pre-grid, then made the final when France’s Andrea Dubourg was disqualified from semi-final two.