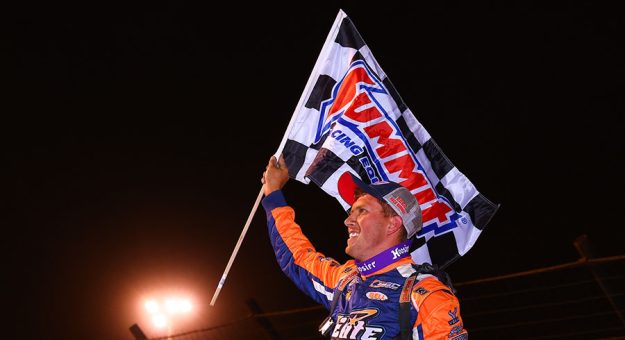 Not only did Red Hill Raceway reopen its gates to the public for the first time in nearly 18 years Tuesday night, but it now has an honorable distinction of hosting two generations of UMP Modified stars on its frontstretch Victory Lane. Nick Hoffman grew up watching father Darrell Hoffman race and win multiple times on the big 3/8-mile red dirt oval in the late 1990s through the early 2000s. “A lot of times, he’d come over here and run, or we’d go down to Paducah and run a little bit,” Hoffman said, reminiscing on the days in the grandstands watching his father.