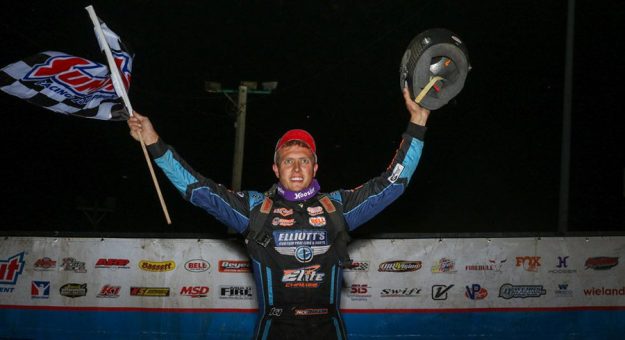 QUINCY, Ill. — While Nick Hoffman’s perfect DIRTcar Summit Racing Equipment Modified Nationals season is still intact, it was certainly challenged Wednesday night at Adams County Raceway. After the drop of the green on the 25-lap feature, Hoffman slipped back to fourth after Elite Chassis customer Kelly Kovski made the pass on him for third inside the first five laps of the race. A yellow was thrown shortly after, which Hoffman used to return the favor on the ensuing restart. “I kinda did a bad job in the first five laps at picking the correct lane,” Hoffman said. Hoffman next set his sights on Kenny Wallace in second, catching and passing him the same way four laps later.