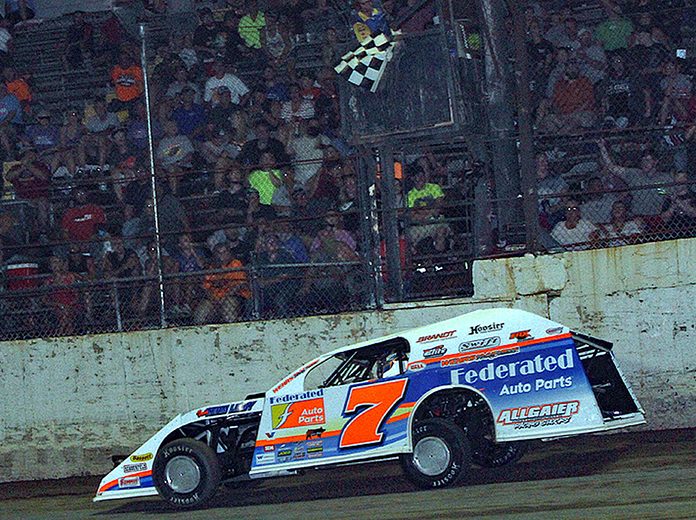 LASALLE, Ill. – He’s the two-time and defending tour champion, and now a three-time-straight feature winner with the DIRTcar Summit Racing Equipment Modifieds. The opening laps saw two of Hoffman’s biggest competitors retire early with issues right at the drop of the green. Back out front, it was all Hoffman’s race to lose, until a caution with less than five laps remaining restacked the field and put the six-time Summit Modifieds champion Mike Harrison right on Hoffman’s rear bumper. Harrison showed Hoffman a wheel down low at first and then pulled-up alongside his Elite Chassis No. Hoffman shut the door on the inside after taking the white flag to seal the 30th Summit Modified race win of his career. “I just had to get up on the wheel and try and get it done,” Hoffman said in Victory Lane.