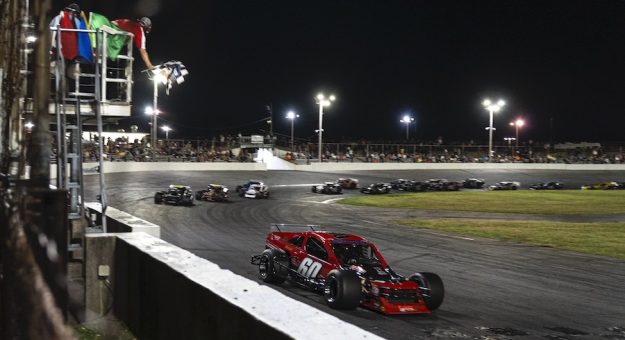 Hirschman Gets Another One At Seekonk

— Matt Hirschman lived up to his name once again on Wednesday night, capturing the top $10,000 prize and winning his fifth Open Wheel Wednesday title at Seekonk Speedway. Competing in the third round of the Monaco Modified Tri-Track Series season, Hirschman passed Woody Pitkat for the lead on lap 31 and never looked back, rolling to his second Tri-Track win of the season in three series events. Hirschman’s fifth Open Wheel Wednesday victory came in the 17th running of the race. He’s the only driver to have passed the three-win mark in the prestigious event. While Hirschman sealed another Seekonk win, Kyle Bonsignore charged through the field in the second half of the race and captured an impressive second-place finish.