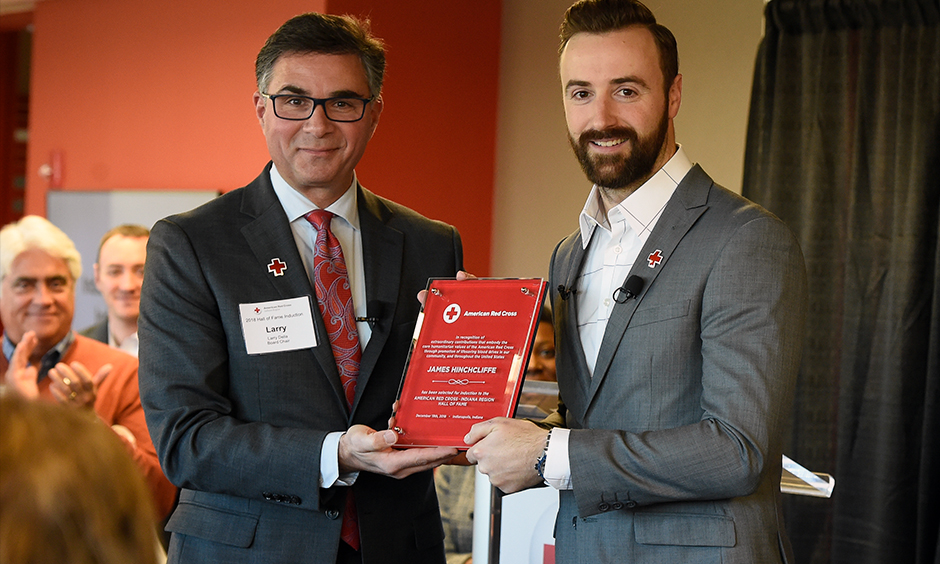 What the INDYCAR driver wasn’t prepared for was the flood of emotions he felt when surprised by Red Cross officials who arranged for some of the donors who helped save Hinchcliffe’s life in 2015 to attend the ceremony.
James Hinchcliffe: “I can’t thank everybody at the Red Cross enough for making that happen because it’s incredibly special.”
In turn, the Red Cross thanked Hinchcliffe for becoming such a strong advocate for blood donation by inducting him into the Indiana Region Hall of Fame.