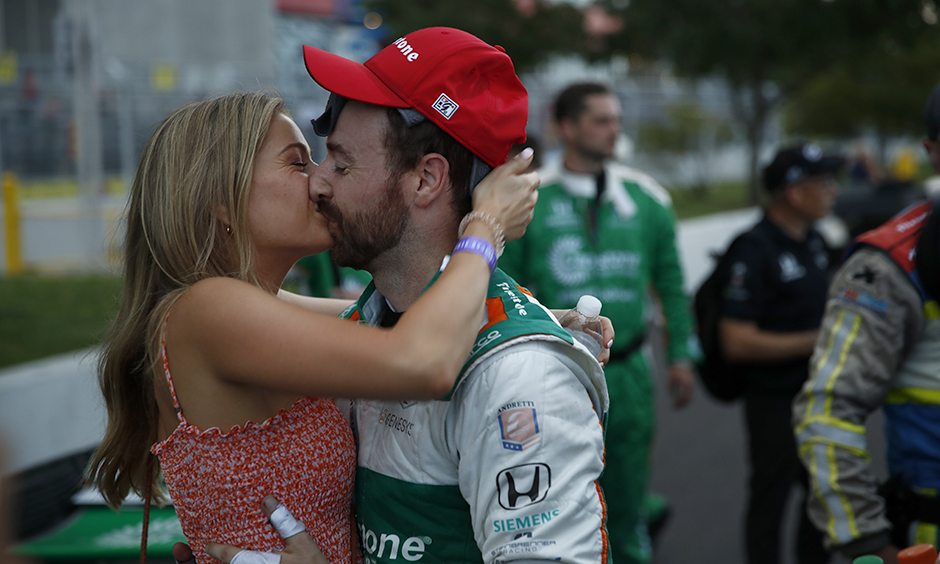 In a season full of misfortune and challenging drives for James Hinchcliffe, the Big Machine Music City Grand Prix proved to be a welcome change of pace during the 2021 NTT INDYCAR SERIES season. Hinchcliffe led a season-best day for Andretti Autosport with a third-place finish in Sunday’s inaugural race on the streets of Nashville, also marking his season-best finish in the No. 29 car, it’s been a rough season,” Hinchcliffe said. Hinchcliffe showed promising speed over the weekend in practice, and he proved his competitiveness with a 10th-place qualifying effort Saturday. When the race started, Hinchcliffe hovered in the top 10 for the opening laps. Luckily for Hinchcliffe, the race was red-flagged, which meant he stayed on the lead lap when he resumed racing. Hinchcliffe said it was a relief that, for what felt like the first time this season, good luck came his way instead of bad luck. Once the race resumed, Hinchcliffe was 13th on the leaderboard, and the charge to the front was on. Hinchcliffe believes Sunday’s performance is proof of a late-season charge he and the No. Add that to his best performance of the season, on top of Andretti Autosport’s all-around strong weekend in Nashville, and Hinchcliffe is hopeful that this is the start of a strong end of the season. “As the saying goes, you’re only as good as your last race,” Hinchcliffe said.