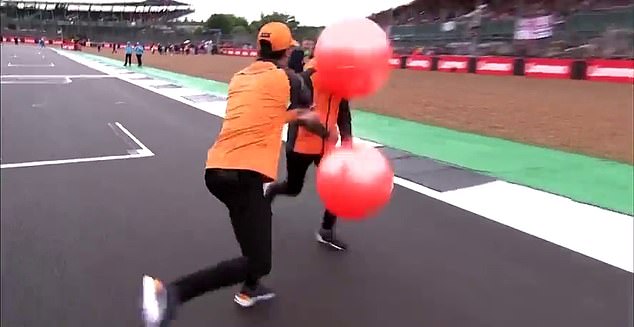 McLaren driver Daniel Ricciardo took a cheeky shot at teammate Lando Norris before Sunday’s British Grand Prix – smacking the youngster square in the face with a space hopper toy in a mock race at Silverstone. Ricciardo then launched his hopper into Norris’s unsuspecting face, taking him completely by surprise before the two laughed it off. Ricciardo sits six places behind McLaren’s poster boy Norris, who finished third in Italy and has 35 more points than the Australian. The former Renault driver has eased the pressure placed on him in recent weeks, finishing ahead of Norris at both the Azerbaijan and Canadian Grand Prix.