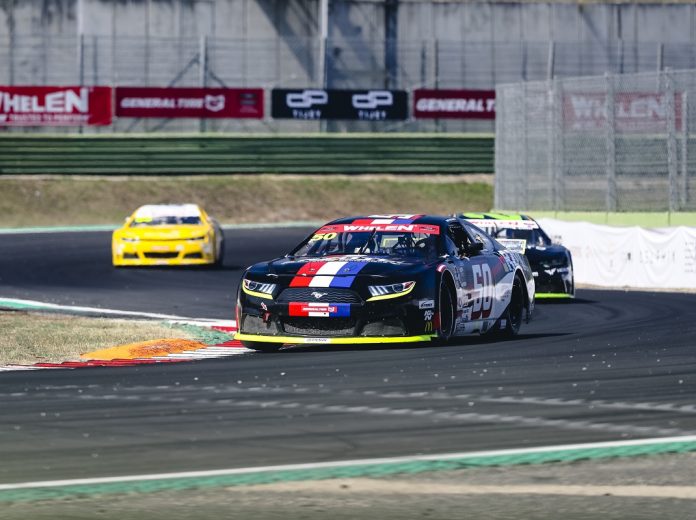 VALLELUNGA, Italy – At the end of a demanding and dramatic four-way battle for the EuroNASCAR Pro opening-round win at ACI Vallelunga Circuit, reigning NASCAR Whelen Euro Series champion Loris Hezemans climbed on the top step of the podium. “I think everybody enjoyed that race, but for me it was one of the tougher races to be honest,” said Hezemans, who scored his sixth career win. I’m really happy but I have to see what happened to Jacques because this race was his to win. The top four spent the whole race engaged in a close quarters battle, with Hezemans initially taking the lead after starting from the pole.