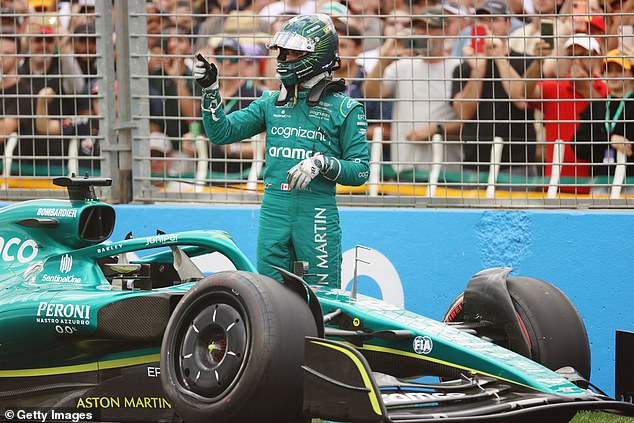 ‘He’s just f***ing hit me man!’ Lance Stroll and Nicholas Latifi rage at each other after spectacular smash during Australian Grand Prix qualifying with both cars WRECKED

Nicholas Latifi and Lance Stroll were involved in a spectacular crash during qualifying for the Australian Grand Prix which led to both turning the airwaves blue. Latifi pulled onto the track exit at turn four to let Stroll through for his only hot lap of the session after the Aston Martin crew needed extra time to prepare the car. Latifi raged on his team radio: ‘I don’t understand what he was doing. Stroll was equally angry, shouting: ‘Latifi man, what the f*** was he doing, he’s just f***ing hit me man!’. On Sky’s race commentary, Martin Brundle said: ‘I think Latifi was getting out of the way, letting cars through but there is nothing fast coming.