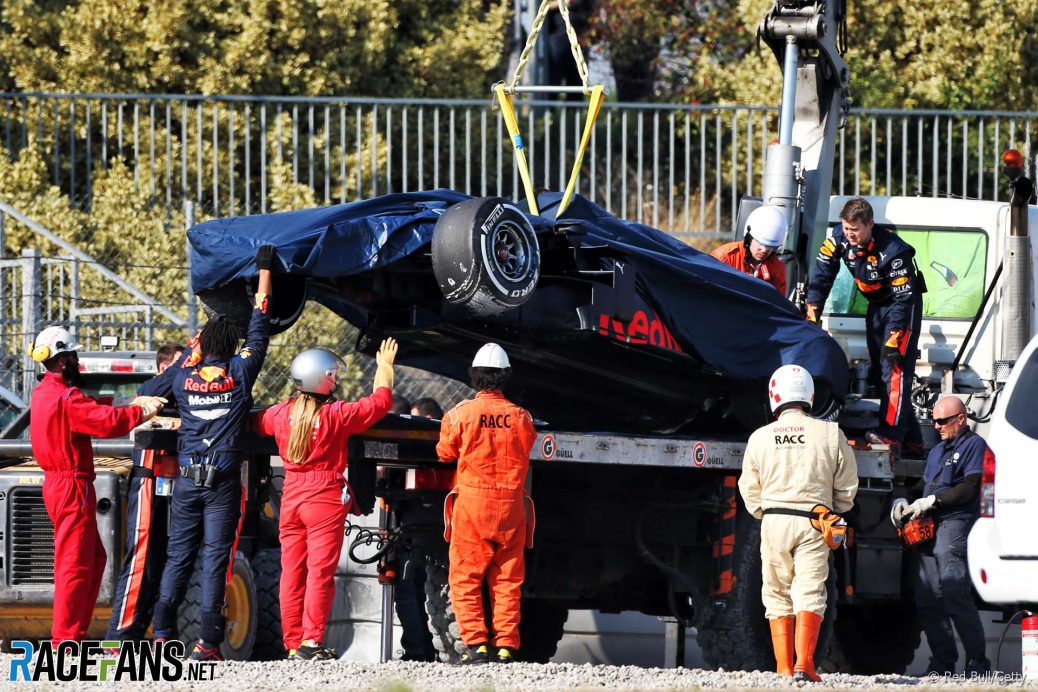 “Only one season with Toro Rosso, he’s been promoted perhaps a little earlier than we would have ideally liked but there is never a perfect time.”
“He’s raced competitively, he’s raced hard, he’s had to overtake quite a few cars today and been competitive in the second half of the race.”
“I think it’s obviously proving to be a challenge for him but he’s making progress and the fastest lap at the end of the race there will give him a bit of confidence as well.”
“It’s been a frustrating weekend for Pierre.”