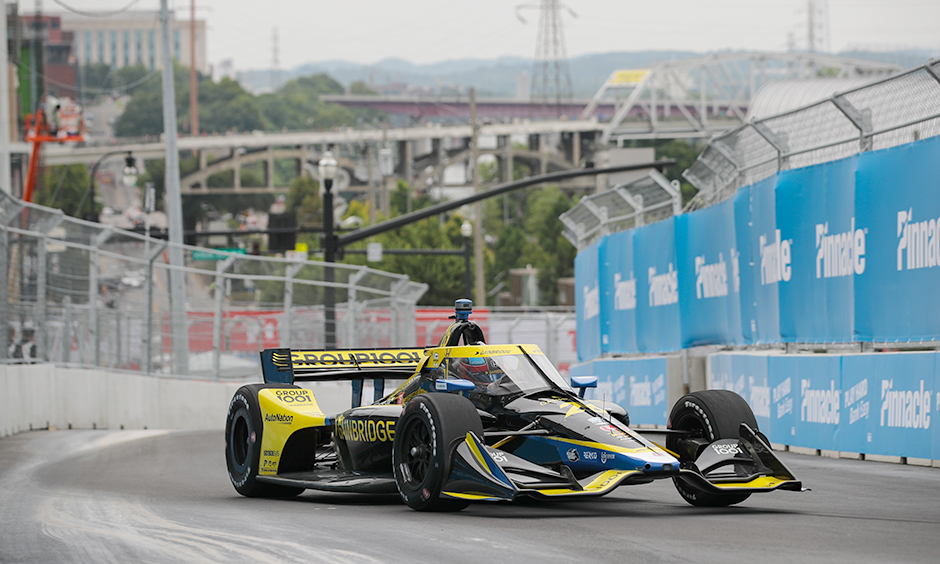 Colton Herta led the opening practice Friday for the Big Machine Music City Grand Prix on the streets of Nashville, taming the varied corners and considerable bumps of the challenging street circuit for this new NTT INDYCAR SERIES event. 26 Gainbridge Honda around the 11-turn, 2.17-mile temporary street circuit that includes two trips over the Korean Veterans Memorial Bridge per lap. “We’re just getting to grips with the track,” Herta said. O’Ward’s right front wheel clipped the barrier in Turn 3, which leads to the bridge, which then pitched the car into the barrier on the other side of the circuit. O’Ward climbed from the car without injury, and the left front wheel/suspension assembly and left front wing suffered moderate damage. O’Ward is second in the series standings, 39 points behind leader Palou. “I got caught out by the inside wall in Turn 3,” O’Ward said.